Elizabeth Warren Is Your Front-runner?

The Democrats have only one answer at the moment. Everyone agrees Elizabeth Warren is the presidential front-runner.

Really? Are you kidding? I’ll get to Elizabeth “Pocahantas” Warren in a moment. 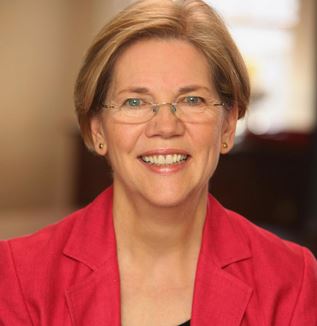 Have you seen the Moody’s Presidential analytics model? They actually have three models. Their models have correctly predicted every US presidential election- except 2016. They never saw Trump coming. But neither did anyone else (except me).

Their three analytics models not only predict a Trump victory, they predict Trump will surpass the 304-227 electoral landslide of 2016. Moody’s models show Trump could win as many as 351 electoral votes.

Louisiana held a statewide election last week. The results suggest a GOP Wave is coming. Democrats were wiped out at every level. And Republicans in the Louisiana Senate won a coveted Super Majority. While Democrats are talking impeachment, the GOP swept everything in sight.

At the exact same time, the RNC raised an all-time record $27.3 million in September. They have $59.2 million cash on hand versus the DNC, which is $7.3 million in debt.

What explains why President Trump is doing so well, while Democrats scream for his impeachment?

She may be the worst candidate in history. But she’s the best the Democrats have got.

Democrats will have a hard time making the case Trump is a “liar,” while their candidate falsely and fraudulently claimed American Indian heritage for 20 years to collect a $400,000 annual salary at Harvard Law School. That’s one heck of a whopper.

It’s also kind of hard to call Trump a “racist” while Warren took millions of dollars over those 20 years away from real minority candidates who deserved that money.

Meanwhile Trump has produced the lowest black and Hispanic unemployment in history. So, who’s the real racist?

Elizabeth Warren wants “Medicare for All” but refuses to say how or who will pay for it. Even Bernie Sanders (who has the same plan) admits taxes are going up dramatically for the middle class.

Elizabeth Warren just threatened Israel. She says she will make foreign aid to Israel conditional on whether they buckle to her demand to stop building settlements in the West Bank.

By the way, isn’t this what Democrats are trying to impeach Trump for? For threatening to hold back foreign aid until they a country does something the US president demands?

Warren wants pay $1 billion in reparations to black Americans- in the name of climate change. Huh?

Then comes the big one. Warren not only wants open borders, and wants to give free healthcare to illegals, she also says transgender illegal alien border crossers must be released into the USA immediately.

Transgender illegal aliens are the first priority of the Democrat presidential frontrunner. Need I say another word?

Trust me- a Trump electoral landslide is coming.