Units Committed On-Scene: One engine and one Battalion Chief

Ventura City Fire units encountered a unique and dangerous fire condition in a void space within the Victoria Ave. bridge over the Santa Clara River watershed. A fire response was sent to investigate smoke in the area of the bridge. Upon arrival fire units located a smoldering fire inside the structure of the bridge itself. Unknown persons had set up a camp inside the void space and left a smoldering fire unattended. A significant number of combustible debris in the space contributed to the spread of the fire. The void space is a design feature of the bridge which allows authorities to periodically inspect the bridge for safety. Due to the dangerous confined space, firefighters had limited access and ability to fully extinguish the fire. The bridge serves as a major traffic thoroughfare for commuters between Ventura and Oxnard. No responsible party was identified, and no injuries were reported. 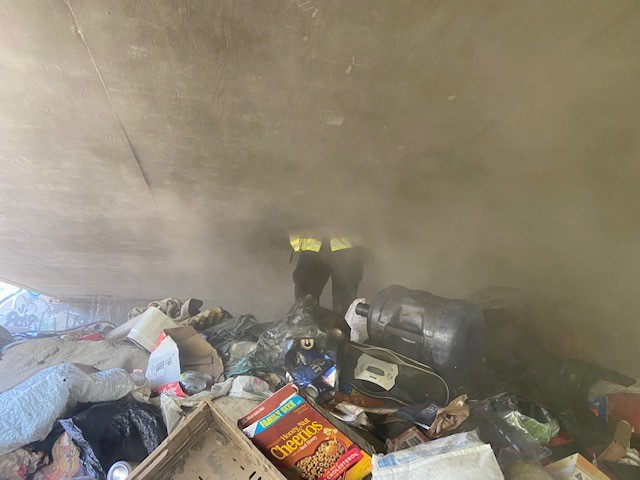 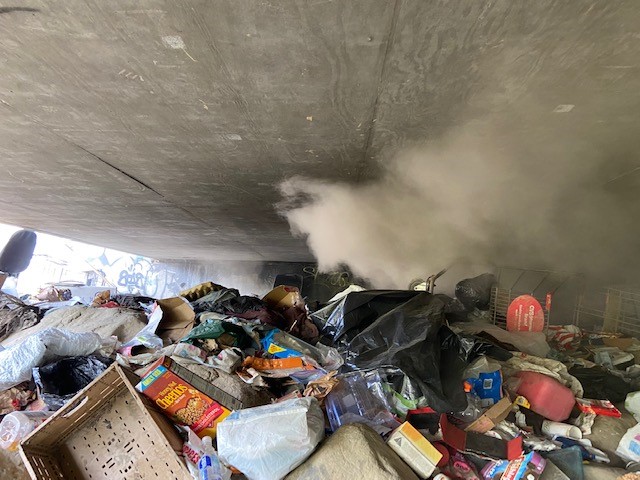 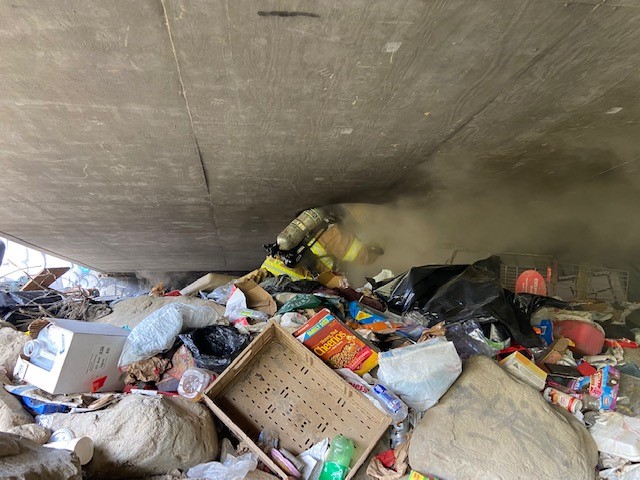