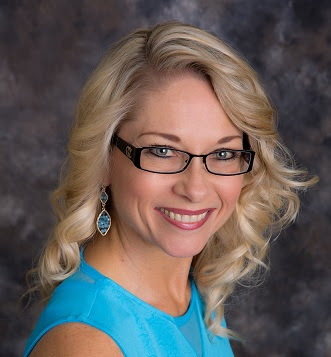 Join the American Freedom Alliance for an hors d’oeuvres reception for and discussion with Rebecca Friedrichs, author of Standing Up To Goliath, the plaintiff in Friedrichs Vs California Teachers’ Assocation, and Founder of “For Kids and Country” Movement.

Dynamic and engaging 30-year teaching veteran Rebecca Friedrichs was horrified at being forced to fund state and national teachers’ unions whose politics and divisive tactics degraded her profession, our schools, and our national character.  In addition, the amorality and hyper-sexuality that has been incorporated into the school curricula, even at very young ages, outraged her.

She’ll share her journey from bright-eyed student teacher to frustrated union rep to the lead plaintiff in the 2016 Supreme Court case, Friedrichs vs. California Teachers’ Association, which sought to free teachers from forced union membership.

Poised to rule 5-4 in Rebecca’s favor, the Court deadlocked after the death of Justice Scalia.

Determined to stop state and national unions from destroying our schools and American values, Rebecca refused to give up.

Her book, Standing Up to Goliath, told through dozens of powerful personal accounts, is Rebecca’s exposé of bully unions.

In this special appearance at AFA, Mrs. Friedrichs will preview the book and share her vision for using it to launch “For Kids & Country,” a national movement of parents, teachers, students, faith leaders, and citizens uniting to restore our schools and culture.

Rebecca Friedrichs has been an elementary school educator in Southern California for 28 years. Since the first day of her career in 1988, she’s been concerned about the policies and politics of the teachers’ union she’s forced to financially support….

From April 2013-June 2016 she was lead plaintiff in a seminal federal lawsuit attempting to restore the First Amendment rights of free speech and free association to millions of public sector workers in the United States of America. Her suit, Friedrichs v. California Teachers Association, filed with nine other teachers and the Christian Educators Association International, brought suit against NEA, CTA and ten local unions and superintendents.

Oral arguments took place at The United States Supreme Court in Washington, DC on Monday, January 11, 2016. Due to Justice Scalia’s death, the Court rendered a split “4-4” decision; although Rebecca and her fellow plaintiffs petitioned for a rehearing of the case once a ninth Justice could be appointed to the Court, their petition was denied on June 28, 2016. If they would have prevailed, the entire nation would have become “Right to Work” in the public sector.

Rebecca’s editorials have been published in FOXNews.com, Orange County Register, San Diego Union Tribune, and several other print and online outlets. She’s been a guest on many radio shows across the country, has been interviewed by numerous print news outlets, including Politico and National Review, and has appeared on CBS News, NBC and several FOX News and FOX Business shows.