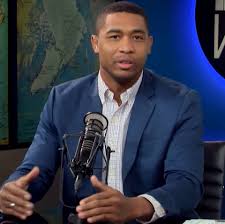 In late 2017, Tatum made his ultra-viral video on Kaepernick and decided to leave law enforcement to make videos and speak full time. He founded and became the CEO and spokesman for Tatum Motivation and a Special Contributor for the Conservative Tribune. He recently joined Charlie Kirk and Candace Owens as the Director of Urban Engagement at Turning Point USA and he will be a keynote speaker at their Young Black Leadership Conference in October.