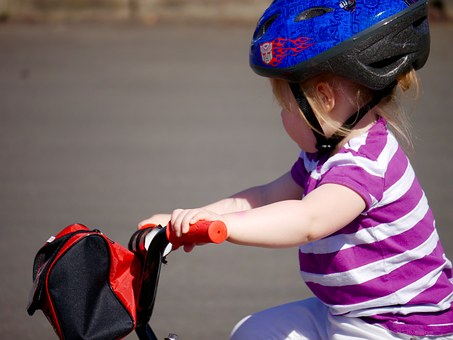 To encourage an increase in bicycle safety in our community, the Fillmore Citizen Patrol will be holding a bicycle safety rodeo from 9 AM to 12 PM on Saturday, May 4th. The event will be near the BMX track at Two Rivers Park and will feature a safety course, bike tune-ups, free helmets and fitting assistance, bicycle registration and raffle prizes. The event will also feature displays from the Sheriff’s Bomb Squad, SWAT team, K9 Unit, Sheriff’s Search and Rescue, and Fillmore Fire Department.

According to the Centers for Disease Control, “Millions of Americans ride bicycles, but less than half wear bicycle helmets. For example, a national survey conducted in 2001-2003 found that only 48% of children ages 5-14 years wore bicycle helmets when riding. Further, older children were less likely to wear helmets than younger children. In 2010 in the U.S., 800 bicyclists were killed and an estimated 515,000 sustained bicycle-related injuries that required emergency department care. Roughly half of these cyclists were children and adolescents under the age of 20. Annually, 26,000 of these bicycle-related injuries to children and adolescents are traumatic brain injuries treated in emergency departments.”

The Fillmore Police Department encourages all riders, regardless of age, to take advantage of modern safety equipment, and for parents to ensure their children are wearing helmets while riding bicycles and skateboards. The safety of our children is a top priority in the city of Fillmore, and we encourage parents to attend this event with their children.