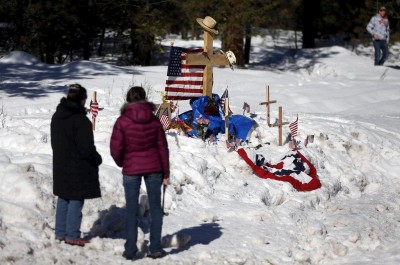 Event to be held at the following time, date, and location:

Event registration is by invitation only with the provided password. Register with your email address and the password above to attend this event.

Free Screening of LaVoy Dead Man Talking with special guests Jeanette Finicum and Mark Herr (Center for Self Governance). Hosted by Liberty Grows and the Libertarian Party of Los Angeles.Â

Note: The Center for Self Governance (CSG) will be hosting a separate event after that: Foundational Civics training from 5-9pm. There will be a separate registration to cover the cost of that event. We hope you’ll join us.

We hope you can make it!Cheers,Liberty Grows & the Libertarian Party of LA County

Note: Mr. Finicum was one of the Occupiers of the Malheur National Wildlife Refuge headquarters in Oregon, to protest the railroading and conviction and imprisonment of local ranchers Dwight and Steven Hammond, since pardoned by President Trump

LaVoy – Dead Man Talking is a bio-documentary on the life and death of LaVoy Finicum – the Arizona rancher killed in Oregon on January 26, 2016. This film is the organic progression of an unfolding epic drama in the “Governed V Governing” series, produced by Center for Self Governance. The Finicum family and […]

By George Miller Occupier’s cell phone video exposes FBI lies about protester LaVoy Finicum shooting by FBI. Investigation underway The video, if genuine, by Shawna Cox, was taken from inside the car. It shows that the FBI or police were shooting at the car while the protesters were trapped in the stranded vehicle by the […]

Five FBI agents are under federal criminal investigation after one agent failed to disclose that he fired twice during the deadly confrontation with Oregon occupier Robert “LaVoy” Finicum, authorities said Tuesday. The unnamed agents, who belonged to the FBI’s elite Hostage Rescue Team, told investigators that none of them had fired shots during the Jan. […]

Behind the Oregon Standoff

By  William F. Jasper, Thursday, 11 February 2016 On January 4, Oregon rancher Dwight Hammond and his son Steven began their second prison sentence, entering the Federal Correctional Institution, Terminal Island, a low-security prison in Los Angeles Harbor. They were prosecuted as “terrorists” under the federal Antiterrorism and Effective Death Penalty Act of 1996 for controlled […]

. . By Thomas L. Knapp “They shot him right there, he was just walking — I saw it,” says Victoria Sharp . “I swear to God, he was just walking with his hands in the air.” She’s describing the January 26 killing of LaVoy Finicum by FBI agents and an Oregon State Police SWAT […]

https://www.usatoday.com/…trump-pardons…hammond-steven-hammond…/7710540…
Jul 10, 2018 – The conviction of Dwight and Steven Hammond for arson was a rallying cry for … President Trump pardons Oregon cattle ranchers whose case …

Trump pardons ranchers in case that inspired 2016 occupation of …