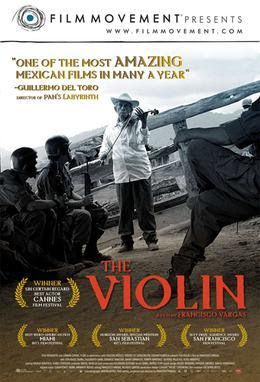 “A message this political has rarely been delivered in so poetic a form.” – Kenneth Turan, Los Angeles Times

Filmmaker Francisco Vargas makes his feature-film debut with this expansion of his well-received short film detailing the struggle between the peasants and military in 1970s-era Mexico. Don Plutarco (Angel Tavira) is a dignified elder who, along with his son Genaro (Gerardo Taracena) and grandson Lucio (Mario Garibaldi), makes his living as a traveling musician. On the side, the trio secretly smuggles weapons and supplies to the freedom fighters who are bravely attempting to overthrow the oppressive regime. When the trio returns to their hometown to find that it has been occupied by the army in their absence and the villagers have been forced to flee, Genaro departs in hopes of salvaging their supplies while Plutarco boldly approaches the squad captain (Dagoberto Gama) with the intention of personally recovering the ammunition on the sly. An outwardly harmless old man who convinces the captain to allow him access to the cornfields in exchange for playing music, Plutarco slowly but surely begins smuggling the ammunition back into the village in his violin case as the unsuspecting military man ravenously gorges himself into oblivion.

Note:  All dialog in films from non-English speaking countries will be presented in its original language accompanied by English subtitles.