As Republican attacks on the US House of Representatives’ impeachment inquiry grow in fury, they more and more resemble the third instruction in Dershowitz’s maxim.

The latest Republican angle on the inquiry is that House Democrats are violating President Donald Trump’s constitutional rights under the Sixth Amendment. 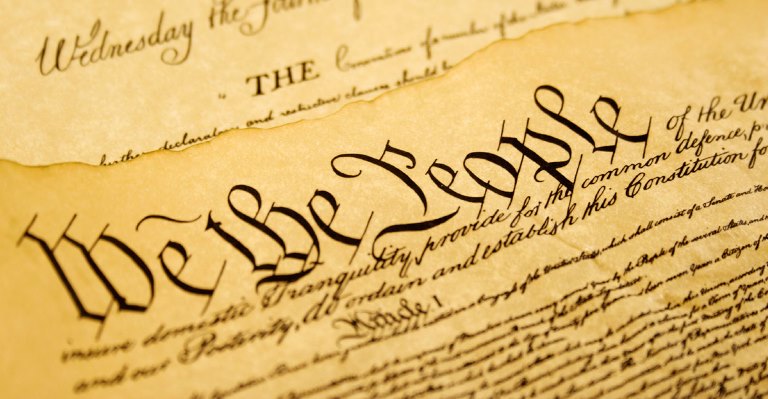 At first blush, these might sound like cogent legal arguments — pounding the law into the table, so to speak. But they’re not. They’re just pounding the table.

To the extent that the process does resemble a criminal prosecution, the House inquiry function is analogous to a police investigation or a grand jury probe. As of yet there are no “charges” for the president to be informed of.  A House vote to impeach is the equivalent of  filing charges or handing down an indictment. That happens at the end of, not during, the inquiry.

If the House votes to impeach, there will be a trial in the US Senate. At that point the “prosecution” will identify those whom it intends to call as witnesses, and Trump’s attorneys will “be confronted with” those witnesses and have an opportunity to vigorously cross-examine them.

Calabresi’s claims are the equivalent of arguing that if a 911 caller reports a bank robbery in progress, the suspects’ constitutional rights are violated unless the police chief takes them and the 911 caller out on the bank’s front steps and lets them argue the matter in front of a crowd — before charging the suspects, and whether or not the caller would be summoned as a trial witness.

When Trump’s defenders merely pound the table, the presumptive reason is that they’re fresh out of fact and law to pound instead.