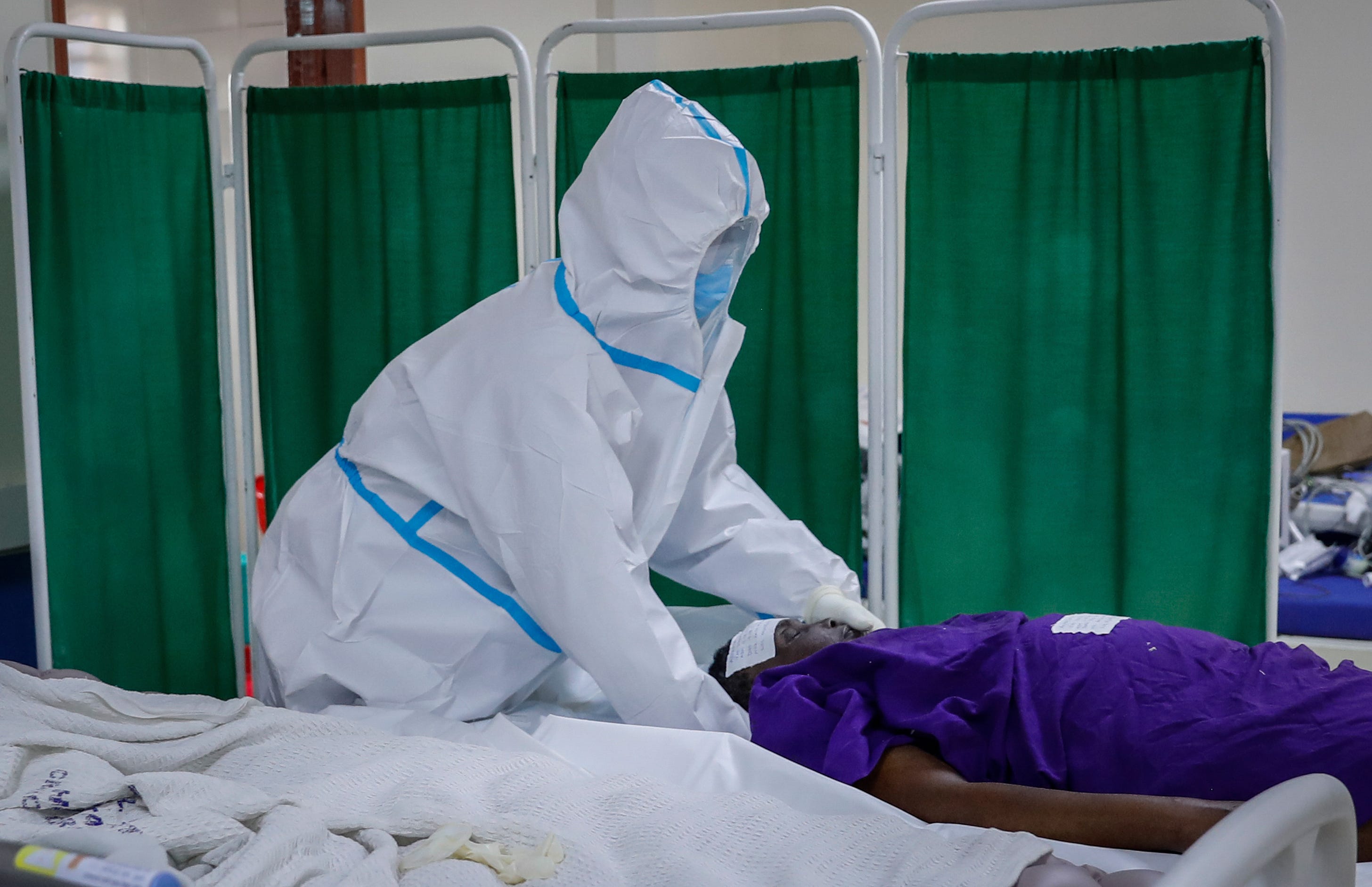 Whether the broader press, those that elevated him to sainthood in 2020 during the first year of the coronavirus pandemic, actually pursue the matter is yet to be seen.

“Newly released documents provide details of U.S.-funded research on several types of coronaviruses at the Wuhan Institute of Virology in China,” the Intercept reports, citing more than 900 pages of internal documents it obtained.

The report continues, explaining the documents detail “the work of the EcoHealth Alliance, a U.S.-based health organization that used federal money to fund bat coronavirus research at the Chinese laboratory.”

“The trove of documents includes two previously unpublished grant proposals that were funded by the National Institute of Allergy and Infectious Diseases, as well as project updates relating to the EcoHealth Alliance’s research, which has been scrutinized amid increased interest in the origins of the pandemic,” the report adds.

One of the grants, titled “Understanding the Risk of Bat Coronavirus Emergence,” outlines an ambitious effort led by EcoHealth Alliance president Peter Daszak to screen thousands of bat samples for novel coronaviruses. The research also involved screening people who work with live animals. The documents contain several critical details about the research in Wuhan, including the fact that key experimental work with humanized mice was conducted at a biosafety level 3 lab at Wuhan University Center for Animal Experiment — and not at the Wuhan Institute of Virology, as was previously assumed. The documents raise additional questions about the theory that the pandemic may have begun in a lab accident, an idea that Daszak has aggressively dismissed.

For reference, the National Institute of Allergy and Infectious Diseases funneled some $600,000 to the Wuhan Institute of Virology. This is important because the money was disbursed when Fauci served as the agency’s director.

“The bat coronavirus grant provided the EcoHealth Alliance with a total of $3.1 million, including $599,000 that the Wuhan Institute of Virology used in part to identify and alter bat coronaviruses likely to infect humans,” the Intercept reports.

It adds, “Even before the pandemic, many scientists were concerned about the potential dangers associated with such experiments. The grant proposal acknowledges some of those dangers: ‘Fieldwork involves the highest risk of exposure to SARS or other CoVs, while working in caves with high bat density overhead and the potential for fecal dust to be inhaled.'”

These details would appear to contradict what Fauci, who serves now as the White House chief medical adviser, has maintained in congressional hearings, namely that the National Institute of Allergy and Infectious Diseases did not support “gain of function” research in Wuhan, which served as ground zero for the pandemic.

Republican Sen. Rand Paul of Kentucky, who sits on the Senate Health, Education, Labor, and Pensions Committee, even suggested during a hearing in July that Fauci had been less than honest when he alleged the National Institutes of Health had no hand in the Wuhan Institute of Virology’s “gain of function” research to mutate animal viruses to infect humans.

“Dr. Fauci, knowing it is a crime to lie to Congress, do you wish to retract your statement?” the senator asked, citing a 2017 paper showing Wuhan scientists specifically researched bat coronaviruses.

“I have never lied to Congress, and I do not retract that statement,” Fauci said. “This paper that you are referring to judged by qualified staff up and down the chain as not being gain of function.”

Paul pushed back, suggesting again the doctor was playing at semantics and intentionally misleading the public about U.S. funding to Wuhan.

The senator had a response of his own, accusing Fauci of “dancing around this because you’re trying to obscure responsibility for 4 million dying around the world.”

“I totally resent the lie you are now propagating, senator,” Fauci said, adding that it is “molecularly impossible” for the viruses described in the 2017 paper to have caused COVID-19.

“No one is saying those viruses caused the pandemic,” Paul insisted. “What we’re alleging is that gain-of-function research was going on in that lab and NIH funded it. You can’t get away from it. It meets your definition and you are obfuscating the truth.”

Fauci said, “I’m not obfuscating the truth. You’re the one — you are implying that what we did was responsible for the deaths of individuals. I totally resent that. And if anybody is lying here, senator, it is you.”

Fauci and his defenders may try to argue in the wake of the Intercept report that he hasn’t technically lied about the NIH’s role in Wuhan’s coronavirus research because the work done there did not technically meet the technical definition of gain-of-function research. However, it’s worth noting here that the technical definition was crafted by the NIH , which did indeed fund the Wuhan lab. So, it may be a bit too cute to say the research doesn’t meet the technical definition crafted by the agency that has a vested interest in obscuring the role it played in Wuhan’s coronavirus research. Also, the semantics game avoids the larger point, which is the U.S. helped fund coronavirus research in Wuhan and that the federal authorities who approved it and oversaw the funding clearly seem to be lying about it now.

On Tuesday, after the Intercept published its scoop, CNN reporter and former Obama administration official Jim Sciutto scored an exclusive interview with Fauci.

Sciutto did not ask the White House medical adviser about the 900-page document dump.