Fed Reserve Chair: Inflation To Be ‘Elevated For Months’

By Casey Harper | The Center Square

Testifying before Congress this week, Powell said the Federal Reserve was willing to step in to address the situation, but that inflation should level out next year.

“As always, in assessing the appropriate stance of monetary policy, we will continue to monitor the implications of incoming information for the economic outlook and would be prepared to adjust the stance of monetary policy as appropriate if we saw signs that the path of inflation or longer-term inflation expectations were moving materially and persistently beyond levels consistent with our goal,” Powell said in his prepared testimony. 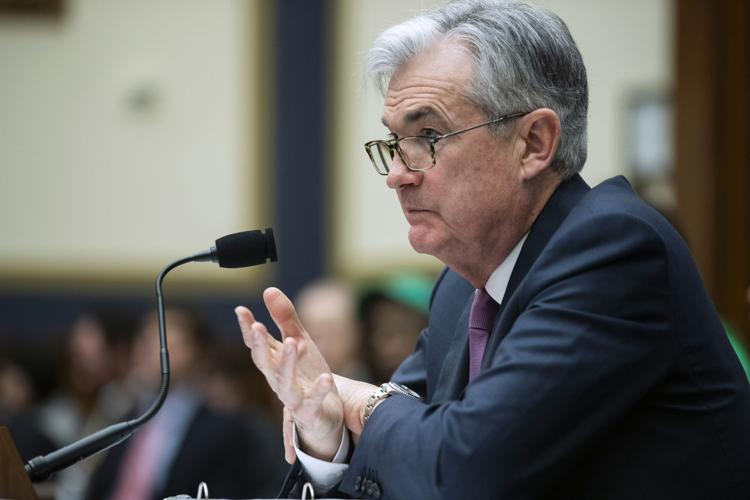 “In addition, we are continuing to increase our holdings of Treasury securities and agency mortgage‑backed securities at least at their current pace until substantial further progress has been made toward our maximum-employment and price-stability goals,” he added. “These purchases have materially eased financial conditions and are providing substantial support to the economy.”

Powell’s testimony comes on the heels of troubling news of a major spike in inflation. The Bureau of Labor Statistics Tuesday released federal data showing the largest one-month spike in consumer prices in more than a decade.

“The Consumer Price Index for All Urban Consumers (CPI-U) increased 0.9 percent in June on a seasonally adjusted basis after rising 0.6 percent in May…” BLS said. “This was the largest 1-month change since June 2008 when the index rose 1.0 percent. Over the last 12 months, the all items index increased 5.4 percent before seasonal adjustment; this was the largest 12-month increase since a 5.4-percent increase for the period ending August 2008.”

That data was the latest in months of troubling economic reports that drove lawmakers to press Powell. Despite Powell’s push for calm, many Republicans were not convinced.

Inflation, though, is not the only economic indicator worrying economists. Elevated unemployment despite widespread job availability has led Republican governors around the country to push back against supplemental federal unemployment benefits passed by Congress earlier this year. The payments, $300 weekly on top of state unemployment benefits, have made it easier to stay at home than return to the workforce, according to Republicans.

Their argument was bolstered by a Morning Consult survey that found nearly 2 million unemployed Americans have rejected jobs because of their unemployment benefits.

The NRCC Thursday also pointed to CEOs and business leaders worried over the inflation data. One group, the U.S. Chamber of Commerce, expressed concern over inflation and tied it to the controversial federal payments.

“A severe shortage of workers is causing employers to raise wages beyond the efficiency gains, which means the additional costs must be absorbed or passed along to customers,” the chamber said. “Rising wages are usually good, but in this case they are at least partially the result of businesses competing with generous government benefits that provide some individuals with more money out-of-work than they earned working. In some cases workers are on the sidelines because they do not have access to affordable childcare. Congress should act to end the extra $300 federal unemployment benefit immediately. States, as some already have, can end those payments unilaterally and use the funds to provide an incentive for workers to return, such as a return-to-work bonus and assistance with childcare costs.”

Casey Harper is a Senior Reporter for the Washington, D.C. Bureau. He previously worked for The Daily Caller, The Hill, and Sinclair Broadcast Group. A graduate of Hillsdale College, Casey’s work has also appeared in Fox News, Fox Business, and USA Today

When people see this they often ask why is this happening. I always answer that question with “follow the money.” In this case I would ask “Who benefits from this.?” An answer that comes to my mind is if we become more dependent upon government, it benefits those fascist who want to fundamentally change the Nation.

No, 2 million unemployed Americans did NOT reject jobs because of their unemployment benefits. They have no jobs to go back to because illegal immigrants are now employed in them. In my city, every construction job, whether city or private, is taken by illegal immigrants. Many are also working in Walmart. And in many cases, the jobs at small businesses have dried up because small businesses are no longer in business! This “because of unemployment benefits” excuse is being deceptively used as a reason to terminate those benefits, and at such a bad economic time as this is shameful!

question…….Where do those giveaway/benefits ultimately come from, and what is the ultimate result of more money in circulation than productivity normally causes? Think on that for a while and let me know what too much money in circulation causes (Hint, Hint inflation and increased costs both private and public) and get back with me when it takes a wheel barrow full of dollars for a loaf of bread. Only fascists want us drinking at the government trough.

Sure, so the money Congress gave us as a stimulus, and then some, can be taken back by inflating prices!