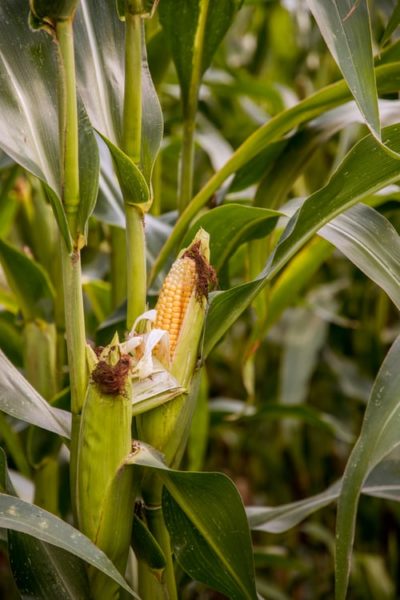 It’s easy to farm organically in the wealthy, advanced EU and USA, where consumers can afford much more expensive organic meats, eggs, fruits and vegetables. It’s much harder if you have to deal with the insects and crop diseases that plague African farmers on constant massive levels and locusts that bring true catastrophes every few decades – and then sell your meager crop yields to impoverished families.

That modern pesticides might save billions of dollars of crops every year and stop locusts before they can swarm by the tens of billions – or that bioengineered crops might feed more people, from less land, with less water, with greater resistance to insects, with less need for chemical pesticides (natural or manmade) – never seems to occur, or matter, to those who demand nothing but organic for Africa.

Many African farmers are women, who today have almost no “right to choose” when it comes to which crops they will plant. They labor sunup to sundown on mostly 2 to 5-acre plats, yet rarely have enough produce to feed their own families, much less sell for extra money. Millions live on a few dollars a day.

A 2005 Congress of Racial Equality biotechnology conference in the United Nations General Assembly hall and a related video documentary, “Voices from Africa: Biotechnology and the subsistence farmer,” dramatically highlighted the difficulties facing the continent’s farmers – and the ways GM/biotech crops can improve their lives, especially crops enhanced with Bacillus thuringiensis (Bt) genes that enable plants to kill insects that feed on the crops, while leaving beneficial insects unharmed.

Maize (corn) is much of Africa’s most important crop. But because of drought, poor soil, multiple plant diseases, voracious insects, and lack of modern fertilizers, irrigation and mechanized equipment, average yields per acre in Sub-Saharan Africa are about the lowest in the world. Other crops suffer similar fates.

“I grow maize on a half hectare” (1.25 acres), South Africa’s Elizabeth Ajele explained in the video. “The old plants would be destroyed by insects, but not the new biotech plants. With the profits I get from the new Bt maize, I can grow onions, spinach and tomatoes, and sell them for extra money to buy fertilizer. We were struggling to keep hunger out of our house. Now the future looks good. If someone came and said we should stop using the new maize, I would cry.”

Countryman Richard Sithole shared her excitement. “Now I don’t have to buy chemical pesticides. With the old maize, I got 100 bags from my 15 hectares. With Bt maize I get 1,000 bags. Now I have money to buy better food and send my children and grandchildren to school and even university.”

It was the same story with cotton. “With the new Bt cotton, I only spray pesticides two times, instead of six. At the end of the day, we know the crop won’t be destroyed and we will have a harvest and money,” South African widow, school principal and mother of five Thandi Myeni explained.

“I sprayed five times a season with pesticides, but sometimes the insects still destroyed my entire crop,” Kenyan Alice Wambuii said. “We would get pesticides all over our bodies. Last year, I got 3,000 shillings for my cotton, but I had to spend 5,000 shillings for sprays.” Bt cotton changed that for her, too.

Biotech maize and cotton enabled these South African farmers to triple their profits, cut their pesticide use up to 75% and save 35-49 days per season working in fields – mostly spraying pesticides by hand.

That was just 15 years ago. Life looked much better. But then the cabal of anti-biotech, anti-pesticide, agro-ecology pressure groups launched new attacks, aided by the growing network of ideologically like-minded donors that helped magnify anti-technology programs and messages – often while insulating the big financiers from direct connections to the radical, callous, eco-imperialist pressure groups. The hopes and dreams, livelihoods and farming preferences of these African farmers mean nothing to the cabal.

The Swift Foundation was founded by an heir to a major stockholder in United Parcel Service, from monies created by UPS going public. Endowed with over $60 million, it awards grants of over $2 million a year and has been a major supporter of pro-organic, anti-agricultural technology organizations in the USA and abroad. They include: Greenpeace, the Pesticide Action Network, the Center for Food Safety (long a promoter of radical anti-GMO activist Vandana Shiva), and AgroEcology Fund (AEF).

The Christensen Fund was created in 1957 by heirs of a wealthy industrial engineer. Its $300 million in assets support “biocultural diversity” and fund projects like its Rift Valley Program, which funds “stewards” (subsistence farmers) who want to “maintain culture-based livelihoods on their ancestral lands and adapt their resource management systems in innovative ways that advance food sovereignty and resilience.” (Resilience until they are confronted by droughts, locusts and other insects.)

The New Field Foundation (NFF) was founded in 2002 with money from San Francisco based real estate developers Barbara and D. Thomson Sargent. It claims to support the efforts of rural women to overcome poverty, violence and injustice in their communities. But it opposes biotech crops and other modern agricultural technologies, and gives hefty sums to La Via Campesina and other activists in Africa.

The NFF supports and works with the AEF and is a grantor to the Tides Center/Foundation. With assets of nearly $200 million, Tides helps philanthropies “manage and direct” their giving, but has been described as behaving “less like a philanthropy and more like a money laundering enterprise.” The Center also receives funding and support from major US foundations, including the NFF, Wallace Global Fund, Charles Stewart Mott Foundation, Rockefeller Brothers Fund, and David and Lucille Packard Foundation.

The Schmidt Family Foundation (SFF) was established in 2006 by Wendy and Eric Schmidt, former executive chairman of Google. Its estimated assets of $178 million, including Google stock primarily help finance advancing “the wiser use of energy and natural resources to support efforts worldwide that empower communities to build resilient systems for food, water and human resources.” (Resilience again.) The SFF has donated directly to radical domestic and global agro-ecology groups like the Center for Biological Diversity, Center for Food Safety, Environmental Working Group, Friends of the Earth, Pesticide Action Network – and Greenpeace, an implacable opponent of Golden Rice.

This miracle rice could prevent some 500,000 children from going blind and save 250,000 lives every year from Vitamin A deficiency and malnutrition. But opposition to Golden Rice caused the loss of at least 1,424,680 life years in India alone just between 2003 and 2013. Greenpeace couldn’t care less.

To date, the AgroEcology Fund (discussed in Part 1) has provided more than $6 million dollars to organizations that promote subsistence farming as a supposed alternative to far more productive modern farming technologies and methods. This includes over $500,000 over the years to the Alliance for Food Sovereignty in Africa, as well as $200,000 to La Via Campesina and GroundSwell International.

In the USA, AEF and NFF donors and advisors have included the Packard Foundation, Ben & Jerry Foundation, Swift Foundation, Wallace Global Fund and many others around the world. A representative of the radical anti-technology Pesticide Action Network Asia sits on AEF’s advisory board, and the global network of financiers finds ways to support PANA and many other ultra-radical groups.

These financiers and the radical organizations they support perpetuate what many would justifiably call crimes against humanity. They use their tax-exempt status and clever terminology (like agro-ecology, sustainability and food sovereignty) to advance programs that deny people access to modern agricultural technologies that would improve crop yields, increase family wealth, prevent blindness and save lives.

They should be condemned and deprived of their tax-exempt status, for eco-imperialism and making false and ultimately lethal claims about the farming methods they promote and the modern methods they prevent African, Asian and Latin American farmers from practicing.