On February 27 at 7:42 AM, Ventura City Fire Department responded to a report of smoke inside a classroom at Ventura High School.  When Firefighters arrived on scene, they discovered a smoldering fire on top of a teacher’s desk.  The fire appeared to have burned itself out after burning through the desk and consuming most of the materials on top.

The fire did not extend past the desk; however, there was significant smoke damage to the involved classroom and minor smoke damage to a couple of adjoining classrooms.  After firefighters ventilated the remaining smoke from the room, the building was turned back over to Ventura Unified School officials for repair.

The cause of the fire remains under investigation by Ventura City Fire investigators.  No injuries were reported as a result of this incident. 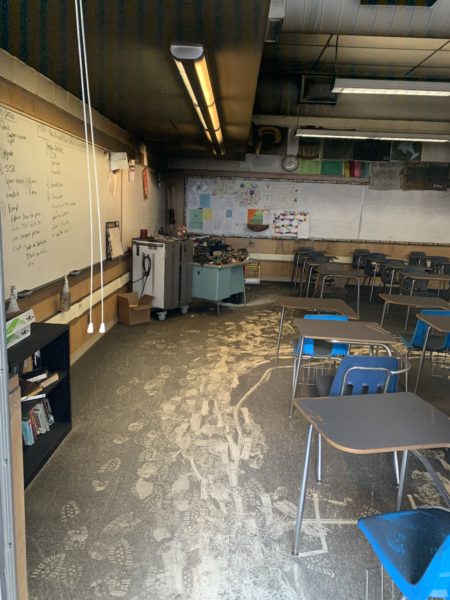 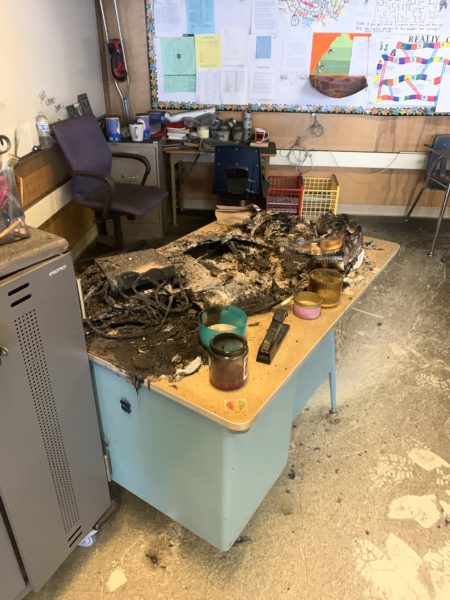