It’s hard to believe we need to have this conversation in this day and age. But if we don’t keep having it, at some point we might not be allowed to have it.

In 2017, former Vermont governor,  presidential candidate, and Democratic National Committee Chairman Howard Dean informed the American public that “[h]ate speech is not protected by the first amendment.”  That’s one variation of the “hate speech is not free speech” claim. 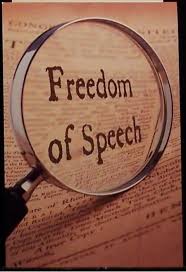 On July 12, speaking at a White House “social media summit,” President Donald Trump opined that “free speech is not when you see something good and then you purposely write bad. To me, that’s a very dangerous speech, and you become angry at it. But that’s not free speech.”

Yes, calling something “bad” that Donald Trump calls “good” is free speech too (and yes, it is also protected by the First Amendment).

This  shouldn’t even be an “issue.” It’s just not that complicated, folks. But for some reason we’re still MAKING it complicated.

Ever since the framers enshrined freedom of speech in the Constitution, Americans have struggled with what, if any, limits can be legitimately placed on that freedom.

The law and the courts have carved out limited exceptions for things like speech “directed to inciting or producing imminent lawless action,” “true threats of violence,” and knowingly false speech aimed at defaming a person’s character or defrauding others in a commercial sense (e.g. “I’m selling you one ounce of gold” when it’s actually one ounce of lead with gold paint on it).

There are plenty of reasonable arguments to be had about what, if any, exceptions to unfettered freedom of speech might make sense.

But when it comes to matters of opinion,  the only reasonable position is that you’re entitled to have opinions, and to express them, period.

Even if Donald Trump thinks that he’s “good” and that you’re making him look “bad.”

Even if they make someone feel angry or, to use the latest non-specific catch-all complaint, “unsafe.”

In anything resembling a free society, that’s just not negotiable. And no politician who argues otherwise should ever win an election to the position of dog-catcher, let alone governor or president.