From Normandy to Miami Beach

This mass foolishness amid the Coronavirus can be dismissed as just another anti-Trump demonstration. It can be considered mere youthfulness. Both opinions avoid why so many students in America are defying common sense in the name of ‘Spring Break.’

It has nothing to do with President Trump or youthfulness. Denying community health obligations is not a matter of age. Decades ago, most young people in America still respected other peoples’ health — even in mischief.

The partying 2020 Spring Break students are more ill with collectivist groupthink than Coronavirus.

It is unhealthy to believe the only valid liberty is whatever feels good; it’s unhealthy to believe an educator (read: trainer) should do your thinking for you. Equally unhealthy is believing only ‘society’ can know right from wrong, not individuals. But students’ Spring Break partying amid the Coronavirus proves collectivist ideas are dominant on college and university campuses.

Which just shows the influencing agents of most college and university students are Marxist-Leninist subversives cloaked with ‘professor’, ‘director’, ‘chancellor’ and ‘administrator’ titles.

If these college partygoers are the average Berniecrat ‘revolutionaries’, we can survive them. These amateurs do not care for their own health, or that of their buddies. Why should we believe they are ready for a ‘revolution in this country’, let alone wage one?

Even if these students are not majority Berniecrat, they want to be led, not lead. Most colleges and universities in America are run by those who believe the same lies the Soviet Union peddled. But these sheltered theorists are not the ones partying on American beaches, imperiling themselves and others.

Their duped, brainwashed, (mostly) indebted followers are. Corrupted by cowards, they party.

Yet their Antifa fellow travelers are still fewer in number. The most extreme Organized Left groups in America have fewer devotees than the number of college students on the Left who enable them. Just compare average college classroom attendance to the average number of leftists who agitate, riot and ‘demonstrate’ at any one time.

Most of the Left’s human capital in America is too unhealthy of mind and habit to work a violent revolution to the end — Berniecrats included. The worst of the Left are not the most.

Which is why the Left war-games our political system to fundamentally transform it into a collectivist one, as was done in Venezuela. As a whole, the Left is still outnumbered by average Americans capable of defeating its counterstate effort timely. If it can be defeated with ballots, all the better for everyone. 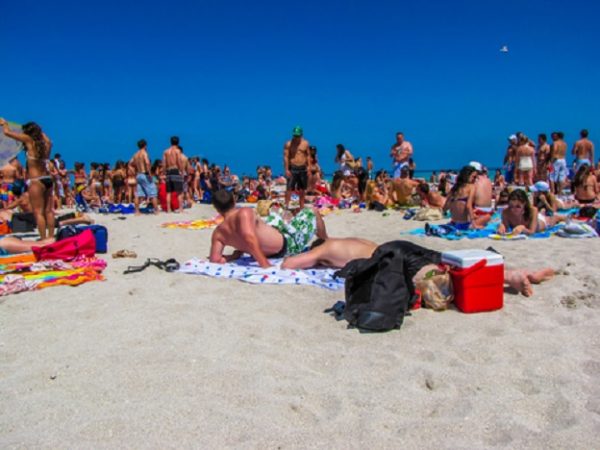