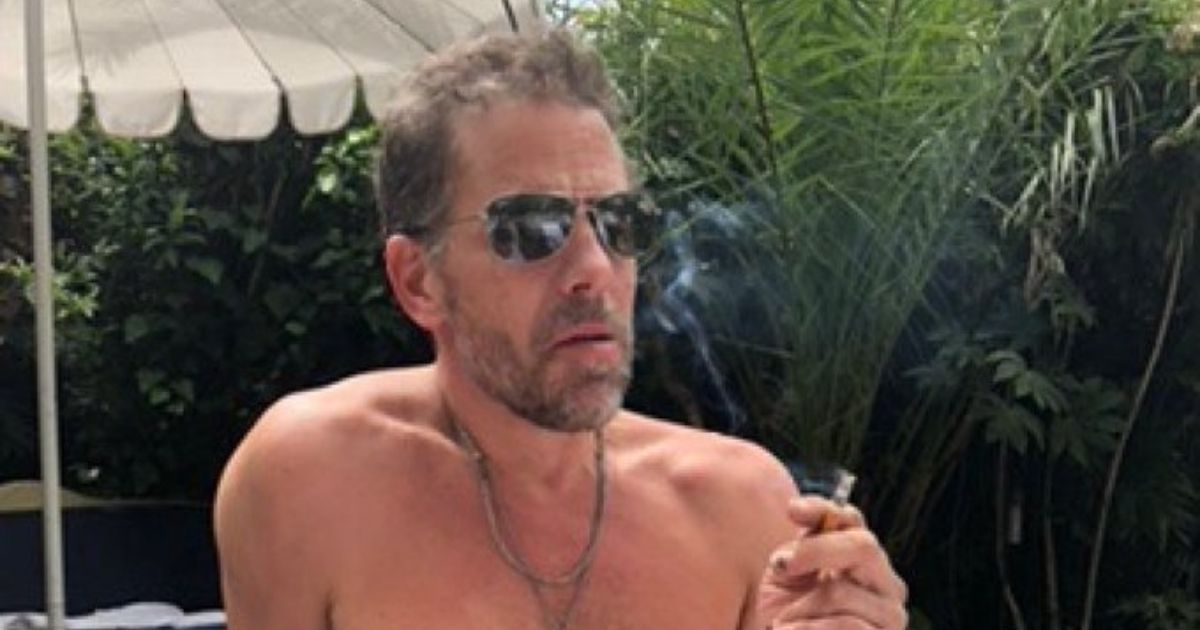 Republicans in Congress are demanding that Attorney General Merrick Garland appoint a special counsel to investigate and reveal the inner workers of Hunter Biden’s latest scandal – his plan to sell novice works of art for hundreds of thousands of dollars.

According to a Daily Mail report, Rep. Ken Buck, R-Colo., wants the details about the scheme since “the president’s son was selling his work for the same amount as renowned artists Edgar Degas and Claude Monet.”

And he pointed out that Hunter Biden has no background in art.

Rep. Tom McClintock, R-Calif., also asked for an independent review, explaining, “There have been multiple reports that Hunter Biden made enormous sums of money, and he’s admitted that’s because of his family ties. Now that, by itself, might not be a crime.”

But he pointed out that there now have been reports that President Joe Biden mingled his bank accounts with his son, and, “If that doesn’t call for an independent investigation [of] the president, what would?”

Buck noted, “Having a fake skill set is nothing new to Hunter Biden,” and cited his $50,000 monthly pay to be on the board of a Ukrainian gas company while his father was vice president and in charge of Ukraine policy for Barack Obama.

The report explained the massive amounts being paid for Hunter Biden’s work raises questions “of whether purchasers might believe they are buying the president’s favor.”

WND previously reported that the White House says such sales shouldn’t even be questioned.

In actuality, Hunter Biden’s strategy for pulling in more money has been alarming to many because of the possibility – despite White House promises he wouldn’t know any purchasers – that it would be a conduit to funnel money into the Biden family coffers while Joe Biden is president, and in a position to dispense significant favors.

It is a legitimate issue, and needs to be addressed, according to one of Barack Obama’s advisers.

According to the Daily Mail, it is Walter Shaub, former chief of the Office of Government Ethics, who is raising concerns that White House spokeswoman Jen Psaki refuses to discuss the problem.

Now he’s commented on social media that it’s wrong for Psaki to brush aside questions about the financial maneuverings of Hunter Biden.

“These are legitimate questions,” he said.

Shaub said, on social media, “It’s disappointing to hear @jrpsaki send a message that the WH thinks the public has no right to ask about ethics. After the last 4 years, these questions have never been more important. I know this isn’t a popular opinion, but this stuff matters.”

The Daily Mail reported, “Ethics watchdogs had raised concerns ahead of the event that buyers could try to curry influence with the president by buying his son’s work for inflated sums. The White House claimed they were avoiding any ethical conflict by ensuring neither the president nor Hunter will know the identity of the buyers.”

But Shaub noted, “There is no ethics program in the world that can be built around the head of state’s staff working with a dealer to keep the public in the dark about the identities of individuals who pay vast sums to the leader’s family member for subjectively priced items of no intrinsic value.”

He continued, “If this were Trump, Xi or Putin, you’d have no doubt whatsoever that this creates a vehicle for funneling cash to the first family in exchange for access or favors. Nor would you doubt that the appearance of monetizing the presidency was outrageous.”

He described Hunter Biden’s activities in negative terms. “Of course Hunter is a private citizen and can do whatever his conscience dictates. But a patriot wouldn’t engage in this profiteering. And the president shouldn’t and his staff shouldn’t be tacitly enforcing it by defending it and pushing back against questions.”

It was Sebastian Smee, the Washington Post’s Pulitzer Prize–winning art critic, who previously said the work was like that of a “café painter,” with, “You see a certain kind of art in coffee shops, and some of it is OK and a lot of it is bad, and sometimes it’s surprisingly good. But you wouldn’t, unless you were related to the artist, spend more than $1,000 on it.”

Peter Schweizer, chief of the Governmental Accountability Institute and author of the best-selling books “Profiles in Corruption,” “Secret Empires” and “Clinton Cash,” recently wrote in a column that he wanted to know why Congress is not investigating the “scam” by Hunter Biden to channel money into his family’s coffers.

Schweizer raised the questions in a column at the Gatestone Institute, where he is a distinguished senior fellow.

“Why is this not being scrutinized?” Schweizer wrote. “The ranking member of the House Oversight Committee, Rep. James Comer, R-Ky., has sent letters to Bergès demanding the complete documentation of transactions involving Hunter’s art sales. Comer is unlikely to get it: only the Democrat majority on the committee can authorize subpoenas to compel those records. As the Wall Street Journal noted in a recent editorial, the committee’s chairwoman, Rep. Carolyn Maloney, D-N,Y., seems uninterested in doing so.

“Why are they failing to scrutinize what is so obviously a back-door scheme to funnel money to the president’s son from foreign sources? Every American who cares about transparency in government should be outraged.”

Schweizer pointed out, “First, it was his being named, with no expertise whatsoever in either Ukraine or the oil and gas business, to the board of directors of Burisma, a Ukrainian oil and gas company under investigation for fraud. Then it was the deluxe payday in 2012 for his Rosemont-Seneca real estate investment partnership, which was bankrolled to the tune of more than $1.5 billion by Chinese investors with close ties to the Chinese Communist Party. Hunter had little or no experience in private equity, either, but he had just arrived in Beijing aboard Air Force Two with his father the Vice President, just two weeks before that enormous deal was announced.”

Joe Biden also has shown a willingness to intervene in his son’s activities.

He met, as vice president for Barack Obama, with Ukrainian officials at a time that Burisma was under investigation for corruption, and he returned home to brag about how he threatened the nation with withholding $1 billion in American aid if they didn’t get rid of the prosecutor.