THOUSAND OAKS, Calif. – Live Standup Comedy on the Hill continues on March at 8:00 pm at the Hillcrest Center for the Arts, 403 W. Hillcrest Dr.   March’s lineup includes John Diresta, Cathy Ladman and Greg Hahn.   Professional local comedian Jason Love produces this monthly show in collaboration with the Hillcrest Center for the Arts. The show features a new lineup each month with some of Hollywood’s funniest headliners.   All shows are 8:00 pm with doors opening at 7:30.  Due to the popularity of the shows, which sell out each month, all tickets are now reserved seating and are available three months in advance.  The hour and a half show is for eighteen years and up only, and beer and wine may be purchased with valid ID. 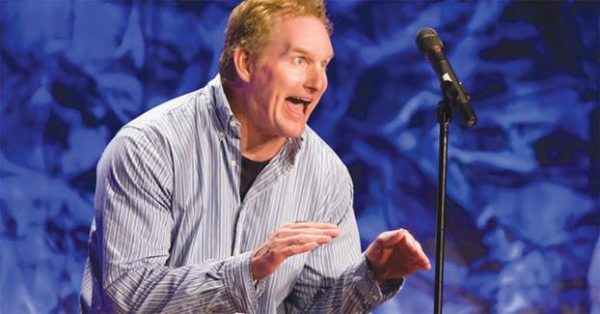 John DiResta was raised in Long Island and for 12 years worked as a New York City Transit Policeman.  In 1992 John started his comedy career on the New York comedy circuit. Five years later his one man show, BEAT: A Subway Cop’s Comedy, open to raved reviews, and he quit his job and moved to the west coast with his wife and three children.  John had a sitcom, ‘DiResta’, on the UPN Network, and roles in such feature films as “Miss Congeniality” and “How to Lose a guy in Ten Days”.  He had to appearances on the Tonight Show with Jay Leno and the Howard Stern Show.

Cathy Ladman has appeared on “The Tonight Show” nine times, and was the only female comic to appear on the last two of Johnny Carson’s “Tonight Show Anniversary” shows. She’s made four appearances, thus far, on “The Late Late Show with Craig Ferguson,” did her own HBO “One Night Stand” comedy special, and was awarded the American Comedy Award for Best Female Stand Up Comic.

Greg Hahn often appears on the nationally syndicated Bob and Tom Radio Show, and has also appeared on Late Night with Conan O’Brien, Comedy Central, CBS, ABC, FOX, MTV and CMT.  He honed his style of comedy and headed to New York City.

TICKETS:
Premium Reserved Seating: $15 and Reserved Seating $12 presale until midnight on the day of the show.  $15 at the door. Eighteen years and up only.  Drink tickets may be pre-purchased and purchased at the box office with valid ID.

OTHER:
Bar Sales:  The Bar is located at the Box Office at the Hillcrest Center for the Arts. It will open at 7:15 pm and close at 8:30 pm and the day of the event only. Consider coming earring and enjoy our patio with heaters, tables, and chairs. Your reserved seat is guaranteed. Advance bar tickets are available on the web site or by calling 805-381-2747. (ID will be checked at pick up.)

Hillcrest Center For The Arts