House Democrats recently introduced a bill that would permit the government to award grants to “eligible entities” for CCP virus testing and other activities such as the tracing and monitoring of infected individuals. But critics argue the legislation is unconstitutional.

Bill H.R. 6666, also known as the “COVID-19 Testing, Reaching, And Contacting Everyone (TRACE) Act” was introduced by Rep. Bobby Rush (D-Ill.) on May 1. The bill proposes the allocation of $100 billion to organizations that could provide testing and contact tracing services through mobile health units or at people’s homes.

The grants would be awarded through the secretary of Health and Human Services, and through the director of the Centers for Disease Control and Prevention.

Authorities “may award grants to eligible entities to conduct diagnostic testing for COVID–19, to trace and monitor the contacts of infected individuals, and to support the quarantine of such contacts, through—mobile health units; and as necessary, testing individuals and providing individuals with services related to testing and quarantine at their residences,” the bill states.

Critics of the proposed legislation argue that the core of the bill is unconstitutional and an example of government overreach.

Justin Haskins, editorial director and research fellow at The Heartland Institute, a free-market think tank, said the bill raises surveillance concerns, and would be an infringement of people’s rights.

“The tracing and monitoring provisions of H.R. 6666 can be summarized with one word: terrifying,” Haskins told The Epoch Times via email.

“Giving government the power to conduct surveillance on Americans who have committed no crimes and have not been suspected of committing crimes is incredibly dangerous, regardless of public health concerns,” he said.

The constitutional rights of Americans don’t “magically disappear” because the nation is in the middle of a pandemic, said Haskins, who is also the editor-in-chief of Stopping Socialism.

“Our rights are ‘inalienable’ and everlasting,” he said. “No free society should ever allow such a dramatic expansion of government.”

David Campbell, vice chairman of the Effingham County, Illinois, board told The Epoch Times that the money in the proposed bill should instead be used to help small businesses and their employees recover their losses from the shutdown.

“H.R. 6666 is clearly an invasion of U.S. citizens’ privacy,” he said via email. “I can’t recall any other event (pandemic or natural) that would have required a United States citizen to be traced or monitored.”

Meanwhile, James P. Bradley, a Republican running for election for California’s 33rd Congressional District said in a statement that the bill would “utterly destroy our civil liberties and allow for massive surveillance.”

Bradley acknowledged that while there’s a need for a more “robust testing apparatus for coronavirus,” it doesn’t warrant the need for “us to surrender our liberties to do so.” 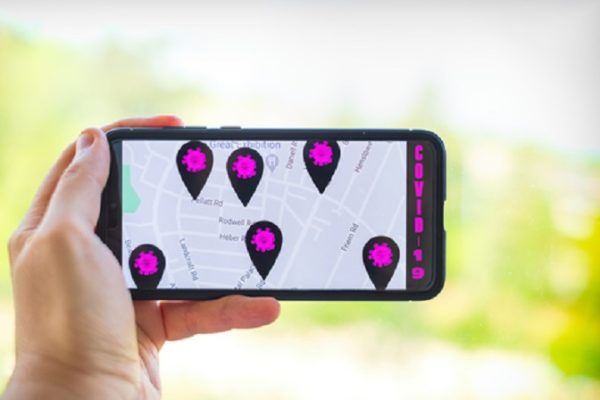