The House Committee on Ethics is investigating allegations that Democratic California Rep. Katie Hill had an extramarital affair with one of her congressional aides, committee leadership announced Wednesday evening.

“The Committee is aware of public allegations that Representative Katie Hill may have engaged in a sexual relationship with an individual on her congressional staff, in violation of House Rule XXIII, clause 18(a). The Committee, pursuant to Committee Rule 18(a), has begun an investigation and will gather additional information regarding the allegations,” the committee chair and ranking member said in a joint statement. 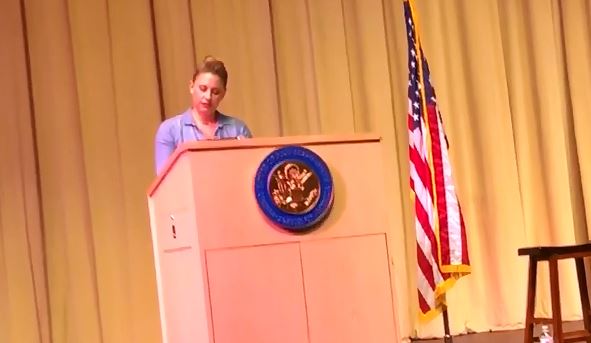 “The Committee notes that the mere fact that it is investigating these allegations, and publicly disclosing its review, does not itself indicate that any violation has occurred, or reflect any judgment on behalf of the Committee,” they added. Democratic Florida Rep. Ted Deutch chairs the committee, and Republican Texas Rep. Kenny Marchant is the ranking member.

Hill’s office did not immediately return a request for comment on the investigation. (RELATED: Rep Katie Hill Flees Reporters’ Questions)

Hill’s Republican challenger in the 2020 election, Angela Underwood Jacobs, has already called on Hill to resign over the alleged affairs.

‘We Are Voting’: DACA Girl Admits ‘Her People’ Are Committing Crime