Tuesday, August 25, 2020 – IRVINE – In Irvine, Asian Industry B2B (AIB2B) and Californians For Equal Rights (CFER), the official 2020 NO on Prop 16 group, threw a rally that drew in hundreds of attendees and over 300 cars. Vehicles gathered in unity to denounce affirmative action, which will be on the November ballot.

Prop 16 seeks to modify the California Constitution by removing a non-discrimination clause when it comes to college admissions and hiring and promotions in the public sector. This affects any government job, University of California and Cal State Universities.  It would repeal Prop 209, instituted in 1996, to bar discrimination of any kind during the selection process.

Prop 209 in 1996 was led by Californians for Equal Rights (CFER) leader, Ward Connerly, who was a University of California Regent. He has come out of retirement to work with CFER and local organizations like Southern California’s AIB2B to fight this Constitutional Amendment, also called ACA5 and is now put up to voters on the November ballot as Prop 16.

At the Irvine rally, special personalities were highlighted, including the Vice Chair of CFER, Gail Heriot, a law professor of University of San Diego and member of the United States Commission on Civil Rights, who sees this as a modern day civil rights battle.

CFER/AIB2B honorary co-chair Betty Tom Chu, founder of East West Bank and former Mayor of Monterey Park, spoke passionately on her path breaking the glass ceiling for women, Asians and in the male dominated legal field, graduating from USC and being the first Chinese American woman to pass the California State BAR.

Another highlight was Vijay Ingam, an Indian American civil rights advocate and a best selling author on racial discrimination, “Almost Black”. He shaved his head and eyebrows and applied as an African American and got into a competitive medical school. Vijay is also the brother of actress Mindy Kaling from The Office and was featured in CNN, Fox News, Huffington Post and many other news outlets in 2015 for his personal story.

Chatsworth High School social media influencer Vince Dao spoke passionately, giving a high school perspective of someone who would be directly affected by the law, as a valedictorian of his high school. His views also caused bullying and unnecessary calls for preventing him from speaking at their graduation. These powerful stories paint a picture of how destructive Prop 16 would be and how it would exacerbate racism.

Next event on Prop 16 is on August 29 in Tustin.  AIB2B Founder and President, and event organizer (Director of Outreach for CFER) Marc Ang will be throwing a series of invite-only events for key community leaders in specific ethnic and national groups. This first one will be for the Filipino American community. Press is welcome but must RSVP to info above to receive the location for the 6 pm event. 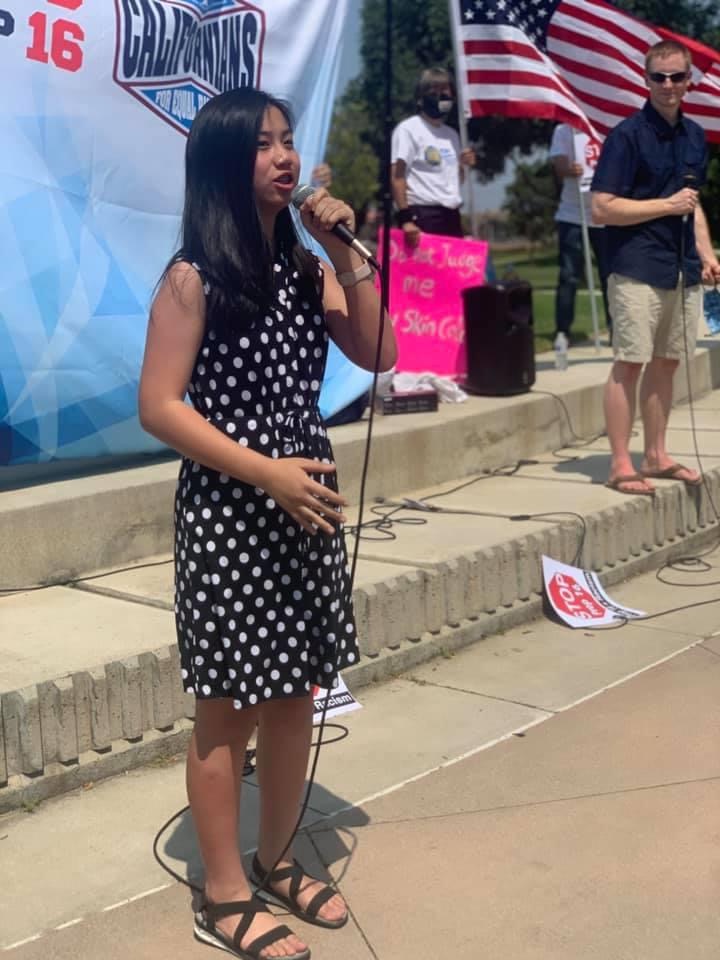 Worth noting is that federal affirmative action goals were met many years ago. Consider these data from the US Census Bureau, 2016:

Now look at National Center for Education Statistics data from 2016 that show undergraduate enrollments as a percentage of each population group:

These data clearly suggest that Affirmative Action has led to preferential treatment on the basis of ethnicity.

Must be very successful Dr. Williams, since it adds up to way more than 100% 🙂