I Want to Trust Our Government, But…

We have the best form of government the world has ever seen. Our Founding Fathers were not only brilliant men but visionaries. They envisioned a government that was of and by the people and that the purpose of government should be to protect our God-given rights and not infringe upon them. They learned from the Kings and Queens of England that there needed to be limits for how long a person could be the Chief Executive. They could see how men and women decades ahead could try to circumvent the system for selfish gains. Unfortunately, they never foresaw that people in the future would live into their 80s and 90s and stay in elected office until death. They created a Republic where States retained their identities and much of their powers while combining their efforts to form a union of states.

Our forefathers thought of nearly everything and provided for correction to their plan through the amendment process to our Constitution. Their plan was so incredible that since the Constitution went into effect on March 4, 1789, only twenty-seven amendments have been added. They could not account for was the quality of people who would step up to fill the various elected roles in our government. This shortcoming is the one glitch in the master plan. This is a growing concern, for we now have people elected to serve this country and the people they represent who openly despise this country. We have proven strong enough to withstand any assault on our country from the outside. It may be the assault from these people who hate our country who bring it down from the inside. We hope that the system will survive because most people are still loyal to our country and will put down these radicals who want to transform us.

We need to have faith in those folks we put into office, but history has proven we must also be leary of their actions. Their motives for personal gain may outweigh their intentions to serve the whole. They may forget they are in office to serve and protect and not the reverse. When these people tip the scales in their favor, we need to be aware that what’s they are telling us may not always be the truth. When the system’s credibility breaks down, the plan loses strength and needs to be returned to default – not transformed. 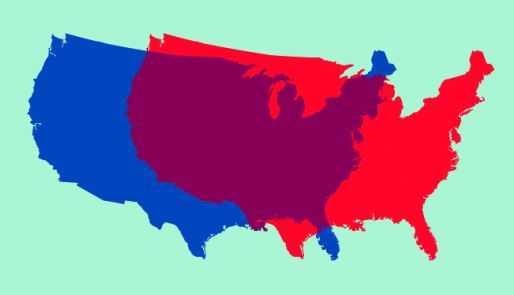 Something happened this week that may have destroyed my faith and trust, which was already hanging by a thread. When we first began the COVID-19 vaccine program, we were told that the government kept no database as to who received the vaccine. This anonymity made sense for HIPAA considerations but was also doubtful as the government was picking up the tab. Most of us dutifully went and got our two shots as instructed. This week, however, Joe Biden announced that teams of government employees might start hitting the street. Their mission was to visit the homes of people who have not been vaccinated to educate them on why they should get the vaccine. Well, how should the government know who did not get the shot unless they had a database of who did? They cannot. The government flat out lied, and there is a record of every shot put into every American arm that wanted one.

Just like in a relationship, it is only strong if there is trust in each other. The government, Big Brother, has defied that trust. They lied to us about vaccinations just as they did about masks, Covid deaths in nursing homes in New York, New Jersey, and Michigan, and about locking down while politicians went about their everyday lives. Lying has become too easy for our government, and that is sad. There was a time when the government word was as good as the Bible. Those days are dead and gone.

“Content created by Conservative Daily News is available for re-publication without charge under the Creative Commons license. Visit our syndication page for details and requirements.”

Ray Cardello
I love this country and what it has contributed to the world. We are a young and still forming country but I have very conservative views that make me fearful for the direction many want to see us heading. I believe we are strong enough to keep us on track but making folks aware of the truth is essential to a successful and prosperous future for us all.