Fresh after their triumph impeaching President Donald Trump for Abuse of Power and Contempt of Congress, the Democratic leadership of the House of Representatives has decided to set their sights on even a bigger target.

The latest individual Committee Chairman’s Jerrold Nadler and Adam Schiff have in their sights is no one other than St. Nick/Kris Kringle AKA Santa Claus.  According to Nadler “No one is above the law. Even a well intentioned philanthropist from the North Pole must be held accountable for his actions.  For years this jolly fellow has deliberately violated OSHA regulations climbing down chimneys, flies in restricted air space lacking a flight plan, and pollutes the land with reindeer droppings without filing an environmental impact report.”

“We have had enough” Schiff declared. “Santa Claus will have to conform to the laws of this nation or it will be our grim responsibility to impeach him from visiting our great nation on December 25th.  If St. Nick defies us, we will be forced to cancel his visa and arrest his Reindeer when they set foot on the U.S. soil.” 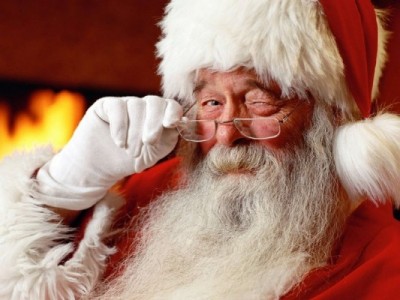 The two Congressmen have received strong support for their Santa Claus investigation from House Speaker Nancy Pelosi. She has ruled that just like Donald Trump, Santa will not be allowed to bring his own witnesses to testify before the House Intelligence Committee. She explained “The elves are just too rambunctious and we don’t have stables close by to house Santa’s employees properly.”

Despite “praying for Santa’s safety each day” Pelosi refused to intercede on his behalf with the House Intelligence Committee.  Apparently the Majority leader does not want to have a clash with Islamic Representatives Ilhan Omar (D-Min) and Rashida Talib (D-Mic).  They believe Santa is being given special privileges not shared with Aladdin and radical Islamic clerics who President Trump has prevented from receiving visas to visit the United States.

Upset as well with Santa’s activities is the CIA and the intelligence communities. There is serious concern with Russia collusion because Santa makes unauthorized stops there including mysterious visits at President Putin’s private residence.  He was also seen making trips to the Ukraine.  Nadler questions if Santa’s itinerary might make him a Russian spy.

Another member of Congress who is unhappy with Santa is Rep Alexandria Ocasio Cortez (AOC) (D-NY) who is angry because of his relationship with Amazon. It was this company which she was able to prevent from building a distribution center in her district. Cortez remarked “Santa likes to use Jeff Bozos’ trucks to make auxiliary deliveries. Both men push their workers to the brink making them put in involuntary overtime to further their selfish purposes.”

AOC declared “Although none of the elves have formally complained to the labor department, they are afraid to do so for fear Santa will make them homeless.  In the North Pole, being placed out in the cold is literally a death sentence.”

Equally alarming to Pelosi, Nadler, and Schiff, is the contents of “Grinch Dossier” put out by unknown atheist separatist groups who want to do away with secular holidays such as Christmas. In their mind a toyless holiday season for kids is collateral damage.  Their explosive document previously vetted by ex FBI Director James Comey alleges:

Because of these alleged crimes outlined in the Grinch Dossier, a FISA warrant was issued to place a recording device on Santa’s sled. Schiff and Nadler also have a whistleblower in their midst who secretly reported to them about Claus’s activities prior to his annual pilgrimage to the United States.

The Congressman doesn’t want to reveal during House Hearings about the identity of this Judas Elf.  It is difficult to determine who this turncoat might be because all of his staff has a tendency to “whistle while they work.”

With the evidence mounting the Democrats in Congress have drafted two articles of impeachment against Santa Claus.  They include:

Abuse of Power: Santa  has gone  too far determining which kids who are naughty or nice. His decisions are not able to be appealed by children or their parents to  Superior Courts. The House Intelligence Committee does not agree with Santa’s assessment and believes he has “an unfair monopoly distributing  Christmas gifts.”

Failing to appear before Congress  Santa’s unwillingness to testify before Congress and defend his reckless actions have led to the second impeachment article from Pelosi’s lieutenants. By defying  their subpoenas,  they believe the authority of Congress is being challenged. The Intelligence Committee doesn’t buy Santa’s explanation of being too busy making toys to undertake the long sleigh ride to the Capital.

Democrats are also upset because he has not filed a tax return in over 100 years and fails to adhere to the Green New Deal by still placing coal in naughty kid’s stockings.

What do Schiff and Nadler really desire?  Even more than monitoring Santa’s visits by requiring he submit fingerprint and DNA  samples to the FBI crime lab, they want to  have the Federal Government take over the duties of  St. Nick. They believe progressive policies of offering more gift diversity will make the words, “You better no shout, you better pout” a thing of the past.

Democratic leaders, especially in swing states, are worried by the plans to impeach Santa. One Party chairman stated “I hate to say it but Sr. Nick is far more popular in Michigan, Pennsylvania, Ohio, and Florida than Bernie Sanders or Elizabeth Warren combined. Even if they promise during debates to give away more free government services than Santa can offer, folks will always love the jolly old fellow from the North Pole more.”