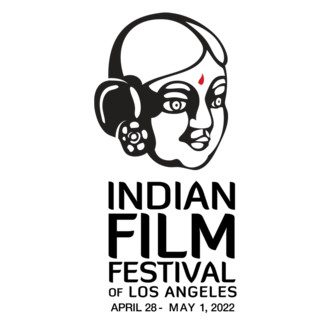 The 20th annual edition of the internationally acclaimed film festival will wrap up with a first look at IFFLA alum Kahlil Maskati’s feature screenplay, Alim Uncle, presented as a live table read featuring a dozen of top Los Angeles-based talent, and a preview of Nimisha Mukerji’s Warner Bros. Discovery 150 supported project, New Country. The evening, taking place at Regal LA Live (1000 W. Olympic Blvd.), will also include the Awards Ceremony and will be bookended by red carpet entrances and one of IFFLA’s signature afterparties at The Continental Club (116 W 4th Street).

IFFLA Executive Director Christina Marouda, said, “This year’s Closing celebration will be focused on the future of our filmmakers. Emphasizing a commitment to the next generation of filmmakers and the films and television projects they create is essential to what we do – and have always done at this film festival. Ending this year’s edition of IFFLA with a flourish of readings, previews, and performances is exciting and beyond appropriate for where our heart is this year. And to be able to add a master class from a beloved alum, Anurag Kashyap, whose filmmaking journey has been in many ways parallel to IFFLA’s growth could not be more fitting for this year’s landmark celebration.”

IFFLA will close its 20th Anniversary edition with a first look at two exciting projects from diaspora filmmakers. Previously announced, more details are now available regarding the live table read of IFFLA alum Kahlil Maskati’s feature screenplay in development, Alim Uncle. The film will tell the story of Haris, a struggling young Indian American man, who reunites with his cousins on a road trip across New Jersey after the sudden passing of his Alim Uncle. Directed by Fawzia Mirza, the reading will be brought to life by top Los Angeles-based talent, including Rizwan Manji, Kausar Mohammed, Nabeel Muscatwalla, Pia Shah, Anna Khaja, and Rupak Ginn, among others.

Following the Alim Uncle table read will be a special sneak preview of Warner Bros. Discovery 150 supported project, New Country, by Nimisha Mukerji and Mark Ratzlaff. In this episodic dramedy in development, Mukerji, drawing from her own life, tells the story of an Indian American medical student in 1989 who decides to become a country singer. The preview will feature actor Melinda Shankar and a live performance by rising musical artist Shirsha.

A recent addition highlighting IFFLA’s commitment to the development of new talent and future projects by emerging talent of South Asian descent, is a Master Class with Anurag Kashyap, one of India’s leading auteurs of independent, cutting-edge cinema and television, and someone whose films have frequently been presented at the film festival through the years. During the session, Kashyap will discuss lessons learned during his storied career, its peaks and valleys, his transition to the episodic medium, thoughts on the festival circuit, and offer advice to the next generation of storytellers. The Master Class will take place on Saturday, April 30 at Regal LA Live.

Kashyap is an Indian director, writer, producer, editor and actor known for his work in Hindi cinema. He has won several accolades including a National Film Award and 4 Filmfare Awards. For his contribution to cinema, the Government of France awarded him with Chevalier dans l’ordre des Arts et des Lettres (Knight of the Order of Arts and Letters) in 2013. Kashyap burst into the scene with Black Friday (IFFLA 2005) and rose to prominence with the two-part crime drama, Gangs of Wasseypur (IFFLA 2013). The film made it to the Guardian’s 100 Best Films list. In 2016, he co-directed India’s first Netflix Original series, the critically acclaimed crime thriller Sacred Games. He has recently co-founded a new production house, Good Bad Films, with Dhruv Jagasia and Akshay Thakkar. The prolific Kashyap has recently produced a series of features and shorts, including IFFLA selections Trapped, Moothon (The Elder One), Bebaak, and IFFLA 2022 film, Paka (River of Blood).

IFFLA’s annual One-on-One Program will include a slate of 20 film executives who will meet with several of this year’s filmmakers to offer advice and help them take the next steps to develop new projects and hone their filmmaking careers. Companies and organizations expected to be represented include; Anonymous Content, Awedacious Originals, Family Owned, Film Independent, Global Media Makers at Film Independent, HBO, Lionsgate, Marginal, SK Global Entertainment, Sikhya Entertainment, Sony, Sundance, and Tulsea.

In addition to film screenings, the festival offers stimulating discussions between filmmakers and audiences, as well as panel conversations and industry sessions. IFFLA also hosts original special programs, such as retrospectives, spotlights and masterclasses, and lively networking and social events, all aimed at fostering a greater appreciation of Indian cinema and culture and promoting the diverse perspectives of the Indian and larger South Asian diaspora.

IFFLA was founded in 2002 as a non-profit organization with the aim to offer the Los Angeles community a unique opportunity to learn about India’s multifaceted culture and long history of filmmaking. Since then, IFFLA has grown into the premiere US venue for discovering the best of Indian cinema, as well as a vital hub which fosters an important dialogue among the most original independent storytellers from India and its diaspora, the greater South Asian diasporic community and the international film industry at large.