PHOENIX, ARIZONA—Five young women were among those fighting for liberty at Protect the Vote Rallies attended by more than 1,000 patriots held at the Maricopa County elections office and at Phoenix City Hall on Thursday evening and Friday morning.

Five young student activists interviewed by Godspeak Pastor Rob McCoy (who gave their first names only) have been engaged in a massive conservative college movement to re-elect President Donald J. Trump by walking precincts and engaged in other election activities:

The ‘Protect the Vote’ rallies were organized by Tea Party Patriots and Freedom Works America. The people at the rally were demanding that every vote be counted for the 2020 election with some saying that their votes didn’t count because they were given Sharpies to fill in their ballots. Meanwhile, election officials were saying this is the norm and that Sharpie markers actually work better for ballots than pens because the ink dries quickest.

“We want to make sure the process was done correctly to have election integrity,” Jed Smith from Freedom Works said. “We’re a national organization. We do have activists in all 50 states.”

“Resistance is victory. You are victory! I salute you,” said Alex Jones from InfoWars at the Thursday evening rally. CBS5 reported that the crowd was “jovial” and “party-like” and engaged in prayer in an area called the “First Amendment Zone.”

(Editor’s Note: CBS5 coverage of the rallies can be watched by going to: https://www.azfamily.com/news/politics/election_headquarters/crowd-of-protesters-in-phoenix-fired-up-by-conspiracy-theorist-alex-jones/article_dea394d0-1fe3-11eb-9a4b-93fa25a8ddc1.htm and https://www.azfamily.com/news/politics/election_headquarters/dozens-of-protesters-gather-at-phoenix-city-hall-for-protect-the-vote-rally/article_60bd2d14-1f80-11eb-8a74-1739a109bf81.html.)

The CBS affiliate also reported on Glendale resident Brayan Ruiz finding 18 stolen ballots hidden under a rock located off 99th and Glendale avenues. Police say those ballots had been stolen from individual mailboxes in a neighborhood just south of 107th and Northern avenues (in between Vista Avenue and Kaler Drive). Agents from the Arizona Attorney General Office and Glendale police officers hand-delivered the ballots back to the registered voters and urged all Arizona voters to check the status of their ballots at the Secretary of State’s website.

“Tampering with our elections is wrong and illegal,” said Attorney General Mark Brnovich in a tweet. “We appreciate @GlendaleAZPD working with us to get these ballots in the right hands.”

(Editor’s Note: To watch the interview of Brayan Ruiz by CBS5 go to:

Saying “God’s in control” as an excuse for apathy or disobedience is sinful,” said Pastor McCoy. “But saying ‘God is in control’ as a comfort in the midst of chaos is absolutely appropriate and right. God’s sovereignty isn’t a reason for complacency, but it is our reason for serenity.” 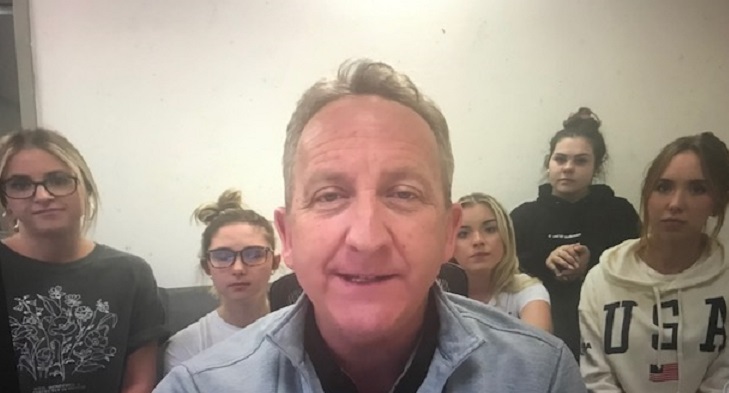