California business and labor at odds

Is War Putin’s Solution To Threat From Demographic Winter? 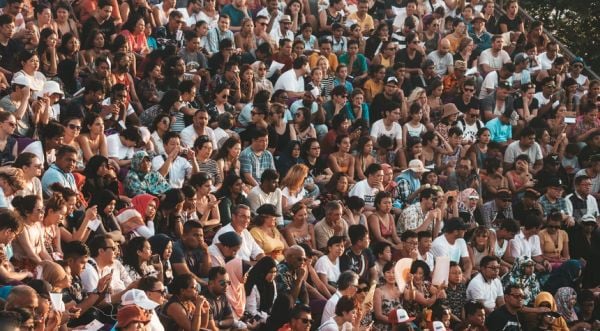 A commentary in the Washington Times recently called demographic winter “The plague of the century.”

Elon Musk has warned about it, telling a forum recently, “One of the biggest risks to civilization is the low birth rate and rapidly declining birthrate.”

Simply, there are not enough people being born in some nations to replace those seniors who die. Populations will be declining.

Researchers explain, “The average woman must have 2.1 children in her lifetime just to maintain population stability. Between 1950 and 2017, worldwide, fertility fell from 4.7 births per woman to 2.4. In the U.S., over the past 70 years, our fertility rate fell by more than half.”

At the Ruth Institute, researchers note the looming problems:

“Society will still have the industrial backbone we built over the last few centuries, but we won’t have the people to run it. The same highway system, railroads, power grid, industrial complex, and farming land will still be there. What we won’t have are the people to grow the crops, make the products, drive the trucks, repair the roads, staff the hospitals, keep the streets safe, and guard the nation.”

It gets worse, the report notes, “Our health care expenditures and tax burden will increase exponentially. Obviously, a 75-year-old needs a lot more care than a 35-year-old. A declining number of workers will be called on to provide pensions and health care for a growing number of elderly. The burden on the young will inevitably increase, and increase massively. As it does, we would do well to remember, people will eventually reject the burdens placed on them, and they will revolt.”

It’s already taking a toll in Japan, where an industry has arisen to dispose of the remains of people who die alone, unattended, sometimes unnoticed. The circumstances are known there as Kodokushi.

Now the Ruth Institute is suggesting that this threat could be part of why Russian President Vladimir Putin invaded Ukraine, his neighbor.

“Most observers are missing the demographic dimension of the war in the Ukraine,” said Ruth Institute Communications Director Don Feder. “Russia needs people, and in Ukraine there are 41 million people who are ethnically identical to its own.

“By absorbing Ukraine, it will increase its population almost 30% overnight.”

He explained, “Like every other industrialized nation, Russia faces a demographic crisis. Although higher than our own, Russia has below replacement fertility and a much smaller population base. Its population is 146 million, less than half of America’s 332 million. That’s 146 million people to hold the largest land mass of any nation.”

The answer that Moscow sees, he suggested, is in absorbing neighboring populations.

Institute President Dr. Jennifer Roback Morse added: “Demographic Winter could be the plague of the century. Replacement level fertility is 2.1. After decades of decline, the U.S. fertility rate is now 1.78. Russia’s is 1.82. In 1960, worldwide, the average woman had 5 children. Today worldwide fertility is 2.4 and falling. As early as 2030, the world could be at below replacement fertility. That means we will soon begin running out of people – people to man the factories and farms, people to serve as first responders, and people to fill the ranks of the armed forces.”

California business and labor at odds