Israelis and Africans for Trump

President Trump is “the greatest friend Israel has ever had in the White House,” Israeli Prime Minister Benjamin Netanyahu has said. According to an i24 News poll, 63% of Israelis say Trump would be better for Israel than Joe Biden, who received a mere 18% affirmation. They cite moving the US Embassy to Jerusalem, recognizing Israeli sovereignty over the Golan Heights, rejecting the Obama-Iran nuclear deal, and normalization of relations between Israel and Bahrain, the United Arab Emirates and Sudan, along with greatly improved relations with Saudi Arabia, all largely because of Trump Administration efforts. 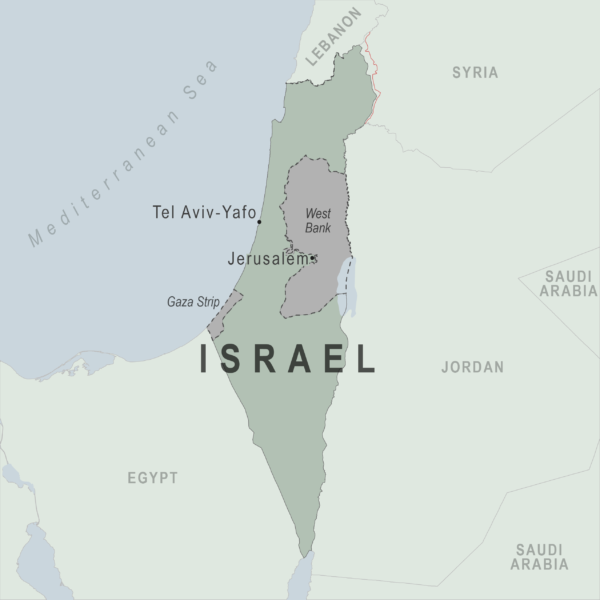 It’s easy to imagine similar reactions from all over Africa when you hear people like South African energy analyst and development champion Adil Nchabeleng, who says Mr. Trump “is doing so much good for humanity. Those that hate him are doing so because of their dislike for his achievements.”  Or South African black trade unions, who say Trump “needs lots of support and must come back as an administration. They have their minds and heart in the right place.”

Contrast that to President Obama, who in 2010 told Africans they should reject “dirty” fossil fuels, and base their economies on the continent’s “bountiful” wind, solar and biofuel resources. Mr. Obama wasn’t keen on hydroelectric either, though a continent with few good rivers and a history of prolonged droughts isn’t very enthusiastic about hydro either. His support for nuclear power was minimal, at best.

Obama’s carbon-colonialist views were reflected in his administration’s policies and support for World Bank and “multilateral development bank” policies of lending only for “renewable” energy. That is a recipe for minimal job growth, barely improved living standards, interminably antiquated medical services and perpetually short life spans. It’s eco-imperialism and even eco-manslaughter.

I’ve condemned this and the evil of what are really anti-development banks in books and in multiple articles (here, here, here, here, here and elsewhere). For the most part, there’s been little reason to moderate my criticism. Even the Africa Development Bank, after promising to support coal and gas-fired power plants, caved in to radical green pressure groups and now says it will finance only wind and solar.

Indeed, the Deep State is still too much in control of US policies and messaging, and in denial of the horrific human and ecological damage it is causing. It’s all too easy to imagine what policies would be under a Biden-Harris-AOC regime. Africa (and the rest of the developing world) clearly deserve better.

That’s why President Trump’s call for supporting nuclear power in Africa and other developing nations is important, why he should (and probably will) support fossil fuel power plants in Africa during a second term – and why Africans and other common folk worldwide should (and probably do) support him. While too many US, UN and EU agencies and elites still promote and impose anti-fossil fuel policies, another four years of Trump would change much of that, for the great betterment of Africa and other regions.

You simply cannot build economies, industries, jobs and modern countries on expensive, intermittent, weather-dependent wind and solar power – even if they are backed up, almost megawatt-for-megawatt, by redundant and equally expensive batteries or coal, gas, nuclear and hydroelectric power plants.

Wind turbines, solar panels, electric vehicles, transmission lines and battery energy storage systems are reliant on far too many metals and minerals that must be dug out of the ground, processed and turned into pseudo-green technologies at rates and in amounts far in excess of what the world has ever achieved, ever before in history, and with massive adverse environmental consequences. None of these materials is renewable; none of the mining and manufacturing processes are sustainable at the rates envisioned.

Moreover, this “renewable” energy future is intended not just to meet Africa’s own needs. It is supposed to meet global demands for these same materials, so that every nation on earth can keep their fanciful pledges to “go green” and “carbon neutral” by 2030, 2050 or some other arbitrary year. (Most of these target dates are far enough away to be meaningless – and to ensure the politicians making the promises are dead or out of office, and can’t be held accountable for the devastation they will cause.)

The bottom line is very simple. No Green New Deal – for America, much less for the entire world – can break the laws of physics, or the laws of nature and ecology. Just the massive additional amounts of copper and concrete would be inconceivable – to say nothing of the rare earths, cobalt, lithium and scores of other materials we would need for Joe Biden’s transition from an oil and gas economy to one based on wind and sunshine.

These GND technologies are pseudo-renewable, pretend-sustainable, make-believe clean and green. You cannot build them without raw materials. You cannot get those materials without mining, fossil fuels and ecological impacts at hundreds of times the levels humanity and our planet have ever seen before. And because of American (especially environmentalist and Democrat) animosity toward mining anywhere in the USA, you cannot get them without violating every canon of “ethical, responsible sourcing,” and every US law and moral principle against “conflict minerals,” child labor and environmental degradation.

The hard reality is that all the GND mining, processing and manufacturing would be done overseas – primarily in Africa, Asia and Latin America … primarily by Chinese and Russian companies … paying little better than slave wages … paying little attention to endangered species or ecological values … and not giving a tinker’s damn about foreigner criticism … perhaps especially because all those moralizing foreigners would be 100% dependent on the Chinese and Russian supply chains.

As a South African friend recently observed, African concern for the environment is much more intimate and ingrained than it is for most Americans and Europeans. Every African is spiritually tied to his or her ancestral rural homeland; each one knows which piece of land he or she came from. They believe those lands are sacred and occupied by the spirits of past generations, so they are spiritually in communication with the environment much more than “western first world” people.

Even African city dwellers, and certainly those still living in rural areas, are constantly aware that there are elephants, big cats and other animals around. They don’t want to upset the wildlife, much less see rhinos and other animals poached for superstitious Asian markets – much, much less see them sacrificed on the altar of GND transitions and climate change alarmism, as the continent is ravaged for minerals.

More and more Africans are recognizing that radical greens and climate catastrophists are really demanding that Africans accept living standards not much better than what they have endured for generations – while their environment is ripped up, their wildlife are killed off, and their countryside is blanketed with mines, turbines, panels, transmission lines and warehouses of battery modules.

More and more Africans are also beginning to understand that their future is dependent on oil, gas, coal and nuclear power. That the more they can generate reliable, affordable electricity with those sources, the more jobs they can create, the wealthier and healthier they will become, the more they can wean themselves off foreign dependency – and the less they will have to rely on the financing and dictates of foreign banks whose lending policies are dictated by climate fears and “carbon neutrality” demands.

Mr. Biden and President-in-Waiting Kamala Harris also want to fundamentally and totally “transform” America’s economy, culture, history, traditions, and freedom to read, hear, see, think and speak facts and ideas that differ from their ideologies and agendas. That intolerant, authoritarian government, media and educational system has personified Africa, China, Russia and the Middle East far too long. For it to dominate the United States would be a worldwide disasters.

If President Trump is reelected, he should bear all this in mind in charting his second term’s foreign and domestic policies. Americans should certainly reflect on this as they mark their ballots. And people everywhere should keep all this in mind, as they ponder their future electoral decisions.