On August 6, the U.S. Chamber of Commerce filed a motion with the U.S. Court of Appeals for the D.C. Circuit (Washington) that it be granted intervenor status concerning litigation launched by environmental groups against the Trump administration’s new Affordable Clean Energy (ACE) rule.

The case in question, American Lung Association v. U.S. Environmental Protection Agency, 19-1140, concerns attempts by environmental groups to strike down the ACE rule and resurrect the Obama administration’s Clean Power Plan (CPP). The Chamber wants to be able to intervene in the case in defense of ACE. 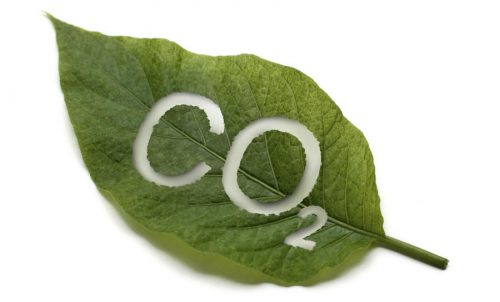 The Chamber’s focus is on the legal aspects of ACE and CPP, and this will perhaps be valuable. However, it sidesteps the most important issue: both ACE and CPP are unnecessary since they rest on a faulty premise, namely, the misguided notion that carbon dioxide (CO2) emissions must be reduced to avoid a climate crisis.

The appellants for the case, the American Lung Association and American Public Health Association, represented by attorneys from the so-called Clean Air Task Force, certainly pull no punches in their pronouncements. Their July 8 press release alleges that “EPA’s decision to repeal the Clean Power Plan and replace it with the ACE rule continues to disregard the vast health consequences of climate change and puts more lives at risk.”

That is nonsense, of course. But that didn’t stop other groups from taking a similar approach. Carter Roberts, President & CEO of the World Wildlife Fund, said, “This [ACE] rule enables dirty power plants to keep polluting – grounding federal energy policy firmly in the past and saddling future generations with the costs of unchecked climate change.” He too apparently wants people to believe the CO2 that we exhale and plants require for photosynthesis is a “dirty pollutant” and the primary factor in driving Earth’s climate – more important than the Sun and hundreds of other natural forces that do regulate climate.

Sierra Club director Michael Brune said, “This is an immoral and illegal attack on clean air, clean energy and the health of the public, and it shows just how heartless the Trump administration is when it comes to appeasing its polluter allies.”

Environmentalists, Democrats and some state attorneys general dubbed the regulation the “Dirty Power Plan,” and more lawsuits against ACE are apparently on the way.

As to clean energy and public health, the forced elimination of fossil fuels that provide over 80% of U.S. and global energy would be devastating to our economies, jobs, living standards, health and welfare. Any forced reduction in atmospheric CO2 levels would negate and roll back the tremendous plant growth that has been “greening” our planet for two decades.

Forcing America to install literally millions of wind turbines and tens of millions of solar panels, and plant tens of millions more acres in biofuel crops, would devastate wildlife habitats and countless species, while driving up electricity prices for families, factories, farms, businesses, schools and hospitals. The wind and sunlight may be free, clean and green. But the massive technologies required to harness those forces for human benefit certainly are not.

If Trump Administration advisors thought they could appease their opponents by implementing a rule focused on the useless and ultimately dangerous goal of limiting CO2 emissions, they were sorely mistaken. But as long as they did not contest the scientifically flawed idea that CO2 is a dangerous pollutant that must be controlled, they really had no choice but to replace the even worse Obama era rule with some form of CO2 reduction regulation.

Dr. Sterling Burnett, Senior Fellow of the Arlington Heights, IL-based Heartland Institute, explained recently on the internet “Think Radio” program Exploratory Journeys: The ACE rule was effectively “forced on the Trump administration because they didn’t, at the same time [they drafted the rule], say we are going to re-examine the Endangerment Finding” [EF] – the EPA’s 2009 finding that CO2 and other “greenhouse gases” (GHG) somehow endanger the health and welfare of Americans.

“As long as the Endangerment Finding exists,” said Burnett, “any administration, no matter how skeptical of the claims that humans are causing catastrophic climate change, … the courts will order them to come up with plans to reduce carbon dioxide emissions. So, it’s time to go back and examine that finding.”

It is hard to believe that attacks that would ensue against the current administration for opening the GHG Endangerment Finding to re-examination would be any more severe than what they are already being subjected to by enabling the ACE rule. So there is little, if any, political upside to bringing in a weaker version of Obama’s misguided Clean Power Plan.

If you are going to infuriate your opponents to the extent that they will take out lawsuits against you and publicly label you “the worst president in U.S. history for protecting the air and our climate,” as Brune did after Trump’s July 8 environment speech, you might as well do what you really wanted to do, instead of taking half measures.

Burnett explained that ACE has another serious downside that will limit the Trump EPA going forward.

“ACE is dangerous because it cements for a second time, this time by a Republican, supposedly skeptical administration, the idea that carbon dioxide is a pollutant that needs to be regulated,” said Burnett.

It’s time for the Trump administration, the Chamber, and indeed everyone who wants sensible environmental policy to call a spade a spade. Rather than merely engaging their enemies in legal arguments, while fighting activists on their own ground, they should clearly state that CO2 endangers no one and the EF should be reopened.

They should demand that alarmist scientists and advocacy groups prove clearly, with convincing data and evidence, and against vigorous counter evidence and cross examination, that the small manmade portion of atmospheric CO2 and far tinier manmade portions of other greenhouse gases: are dirty and poisonous; control Earth’s climate and weather; are doing so to a dangerous and unprecedented degree never experienced in prior Earth or human history; and can be manipulated by the United States and other nations so as to stabilize planetary climate and weather systems that have never been stable.

When the re-examination inevitably reveals that effectively classifying CO2 as a pollutant was a mistake, administration officials should not be quiet about it. They must follow Winston Churchill’s advice:

“If you have an important point to make, don’t try to be subtle or clever. Use a pile driver. Hit the point once. Then come back and hit it again. Then hit it a third time – a tremendous whack.”

Extremists in the climate change movement clearly hate fossil fuels and apparently humanity. Ridding the world of the inexpensive, life-enhancing fossil fuels would devastate society and especially hurt our working class and poor families, as our standard of living is reduced to that of third world nations. Moreover, the environmental devastation caused by their proposed “solutions” to the supposed climate crisis would be far worse than anything caused by any foreseeable human impact on climate.

It’s time to defuse the climate scare at its source. The greenhouse gas Endangerment Finding must be given a tremendous whack, and sent to the dustbin of history.