Joe Biden Reaffirms Washington’s Message to the World: Never, Ever Trust Us

In February 2020, US President Donald Trump announced a peace deal with the Taliban, giving US forces 15 months to get out of Afghanistan. Nearly a year later, with  the withdrawal nearly complete and only 2,500 US armed forces members remaining on Afghan soil, incoming President Joe Biden took the oath of inauguration and instantly began complaining that the May 1 deadline would be “hard to meet.”

The claim is silly on its face. The US military is great at moving people. Eight months after the Japanese attack on Pearl Harbor, US Marines waded ashore at Guadalcanal. Five months after Saddam Hussein’s invasion of Kuwait, the US had moved 697,000 troops to the theater of operations for what became Operation Desert Storm. For any competent commander, moving 2,500 troops from Point A to Point B is a weekend hobby project, not a major undertaking. All Biden had to do was give the order. 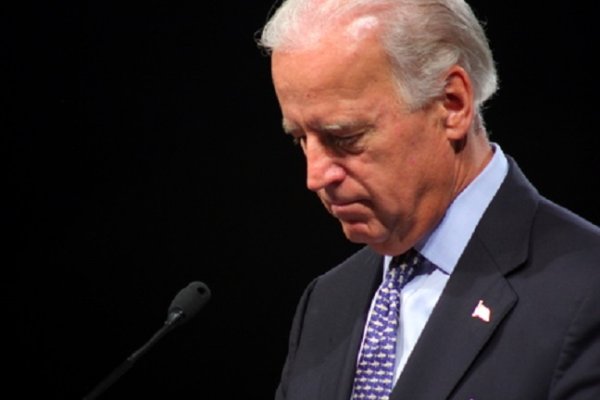 On February 13, the White House leaked a new date: September 11, 20th anniversary of the attacks that President George W. Bush cited as casus belli for what was supposed to be a short, sharp war to liquidate al Qaeda in Afghanistan, but quickly turned into a 20-year failed (and deadly) “nation-building” project.

Should we be surprised? Well, no. Biden is just following in the footsteps of his predecessors. Given the long, sorry record of US perfidy, the Taliban shouldn’t be surprised either.

“The United States acknowledge the lands reserved to the Oneida, Onondaga and Cayuga Nations,” reads Article II of the Treaty of Canandaigua, ratified by the US Senate in 1795. “[T]he United States will never claim the same nor disturb them.”

Between then and 1868, the United States continuously negotiated, then sooner or later violated, hundreds of treaties with the continent’s native tribes. By 1920, the extent of Oneida land “acknowledged” in the Treaty of Canandaigua had been reduced from six million acres to 32.

Abroad, the US government takes a similar tack, always treating other parties’ agreed obligations as non-negotiable and its own such obligations as optional.

The Non-Proliferation Treaty requires the US to work toward getting rid of its nuclear arsenal. Instead, recent administrations have gone in the other direction with a focus on “modernizing” that arsenal, while demanding that the Iranian regime go beyond its NPT obligations … then defaulting on its end of THAT deal, too.

As David A. Koplow of the Georgetown University Law Center points out, the 1993 Chemical Weapons Convention required the US to destroy its chemical weapons stockpiles by 2012. At last check, the US Army promises to get that done … in 2023.

Also per Koplow, the 1963 Vienna Convention on Consular Relations requires governments to inform foreign arrestees of their right to communicate with their countries’ consuls and seek assistance. The US demands that of other governments when Americans are arrested abroad, and routinely “forgets” its own such duty when foreigners are arrested in the US.

At this point, no one should be surprised when the US government lies. It would be far more surprising if Joe Biden told the truth for once.

“At this point, no one should be surprised when the US government lies. It would be far more surprising if Joe Biden told the truth for once.”

At no point should it surprise any American that the US Government lies.

But there’s a reason pro-Left useful idiocy drips from Thomas L. Knapp’s columns. It is not an accident the Libertarian Party endangers us:

I wish I had noticed Bawer’s sociopathic drool when it was published. It would have easily topped my “Dumbest Thing Tom Knapp Read This Week” list.

IT’S how both of them got to where they are today, and Biden has almost 50 years of experience honing his line of BS…