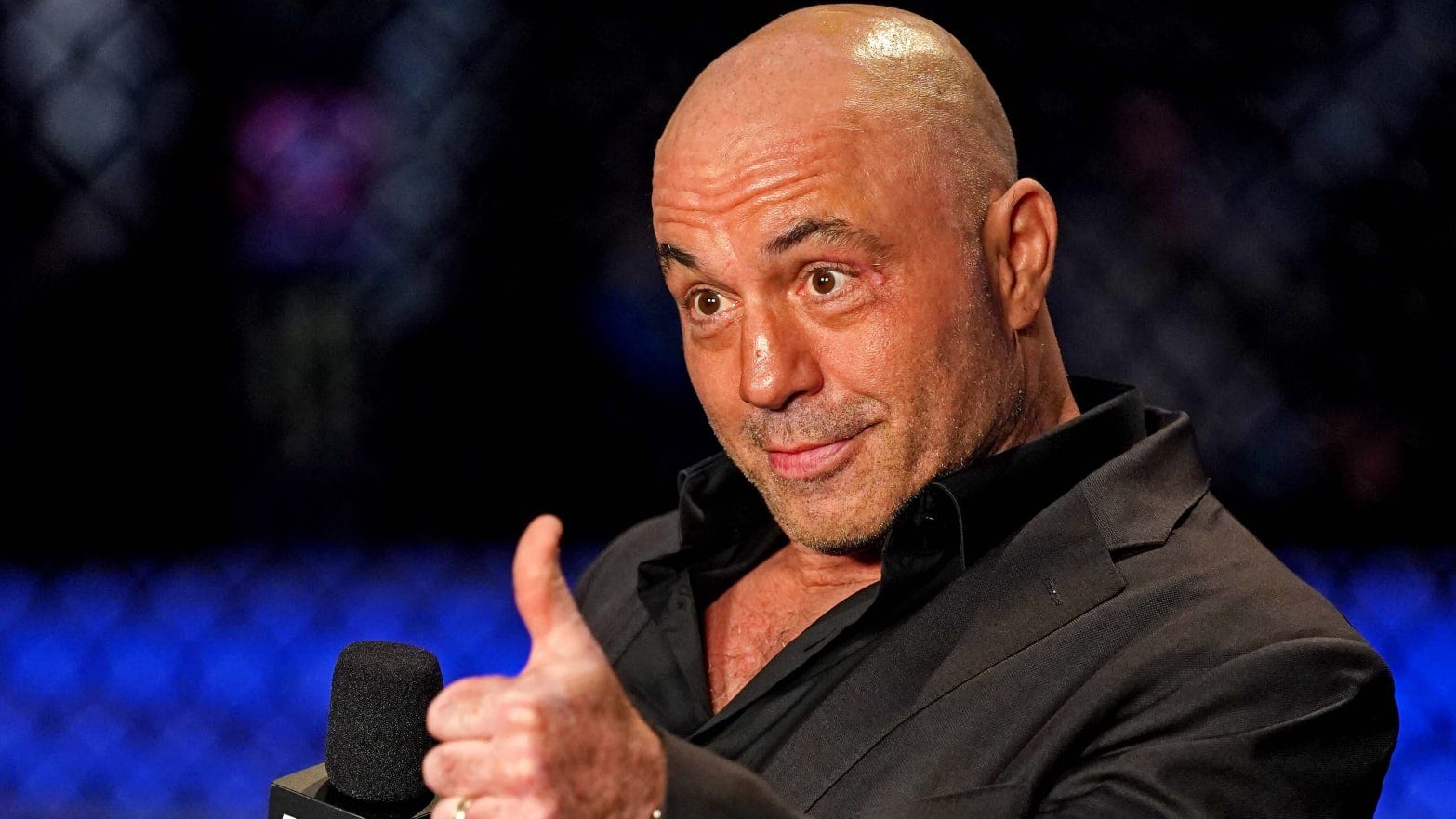 CNN claimed this year that talk show host Joe Rogan injected himself with horse dewormer after he contracted the coronavirus.

It was a lie. Not a misstatement or an exaggeration, but an outright lie. Rogan did no such thing. Rather, he took the human version of ivermectin, as prescribed by his doctor.

It’s a perfectly normal and safe drug taken by literally billions of people. Yet night after night, CNN told its viewers the popular podcast host had swallowed livestock paste.

This week, Rogan had a chance to confront CNN Chief Medical Correspondent Sanjay Gupta over the cable network’s dishonest reporting. Gupta admitted eventually in the interview that, yeah, CNN clearly said things that were not true.

He asked a second time, “Do you think that’s a problem that your news network lies?”

“What did they say?” asked Gupta.

Said Rogan, “They lied that I was taking horse dewormer.”

Gupta then attempted to change the subject, but Rogan wouldn’t allow it. He was determined to make the CNN host answer for his network’s reporting.

“Does it bother you that the news network you work for out and out lied, just outright lied about me taking horse dewormer?” he asked.

Gupta conceded, “They shouldn’t have said that. Why did they do that? I don’t know.”

“You didn’t ask?” said a somewhat shocked Rogan. “You’re the medical guy over there!”

“I didn’t ask,” Gupta confessed. “I should have asked before coming on your podcast.”

As of this writing, more than 5.2 million people have viewed the video in the above, which was uploaded to Twitter by a user with only 319 followers. This 5.2 million figure, by the way, accounts for just this specific clip — it doesn’t include metrics for versions of the same exchange shared by other social media users. CNN’s marquee primetime programs come nowhere near close to pulling in these kinds of numbers, which may provide a clue as to why the network has been so keen to portray popular and independent hosts such as Rogan as unreliable and, frankly, dangerous sources of information.

Rogan isn’t exaggerating when he accuses CNN of egregious misconduct. Nearly every talking head on the network has taken a crack at promoting the “horse dewormer” lie.

Said Reliable Sources host Brian Stelter, “But when you have a horse deworming medication that’s discouraged by the government that actually causes some people in this crazy environment we’re in to actually want to try it. That’s the upside-down where we’re in with figures like Joe Rogan.”

“People have been taking this [horse dewormer],” said host Boris Sanchez, “trying to treat COVID, but it has led to a lot of folks getting poisoned … And yet celebrities like Joe Rogan have been talking about taking it.”

CNN’s Jim Acosta said elsewhere, “And the podcast host Joe Rogan, he came down with COVID. He says he’s been taking the livestock dewormer ivermectin, as well as other treatments that people talk about on the internet and so on.”

This week, Rogan had his chance to confront a CNN host about the network’s false reporting.

“You’re probably the only one at CNN who’s glad [I’ve recovered],” Rogan joked. “The rest of them are all lying about me taking horse medication.”

“That bothered you,” said the CNN correspondent.

“It should bother you, too,” replied Rogan. “They’re lying at your network about people taking human drugs versus drugs for veterinarians.”

Said Gupta, “Calling it a ‘horse dewormer’ is not the most flattering thing, I get that.”

Rogan pushed back on the idea that it’s merely “unflattering” to say he took “horse dewormer.”

“It’s a lie,” he asserted. “It’s a lie on a news network. And it’s a lie that they’re conscious of. It’s not a mistake. They’re unfavorably framing it as veterinary medicine.”

Gupta later penned a 1,600-plus-word article detailing his experiences on Rogan’s program. The article makes no single mention of his admitting that his CNN colleagues flagrantly, knowingly lied about Rogan.

Anyway, now that CNN’s top medical adviser has conceded the network peddled fake news about Rogan and “horse dewormer,” we should expect apologies and retractions any moment now … right?