Judge Henry Walsh held BSF Fitness (BSF), a gym located in the City of Ventura, in contempt of court for violating a court ordered preliminary injunction. The injunction, issued September 4, 2020, requires BSF to comply with state and local health orders and prohibits them from operating a gym facility indoors until permissible under amended health orders. At the hearing, the District Attorney’s Office presented evidence BSF had continued to operate its facility indoors, in violation of the injunction, on September 8, 9, and 10, 2020. In its ruling, the court fined BSF $500 for each day they violated the court order and also awarded attorney fees to the District Attorney’s Office.

The District Attorney’s Office Consumer and Environmental Protection Unit had previously filed a civil complaint against BSF, alleging unfair business practices due to BSF’s ongoing operation, while similar businesses in Ventura County either ceased or modified their operations in compliance with state and local health orders. As part of that civil complaint, the District Attorney obtained a preliminary injunction prohibiting BSF from violating public health orders by operating its gym facility indoors, or otherwise violating the health orders during the COVID-19 pandemic. Local officials have made numerous requests that BSF comply with the health orders, as other local businesses have done. Despite these requests, BSF has continued to operate indoors in violation of the health orders and the preliminary injunction.

The defendant’s demurrer to the People’s complaint is scheduled to be heard October 20, 2020. The injunction against BSF remains in effect until state and local health orders no longer prohibit indoor gym operations, or until dissolved by the court. 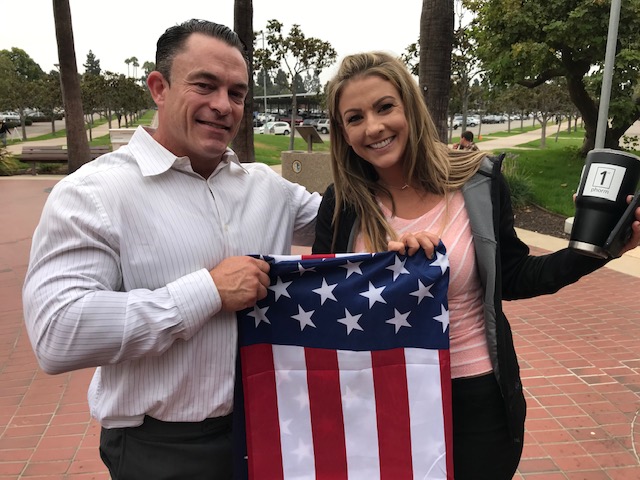 The Ventura County District Attorney’s Office is the public prosecutor for the county’s 850,000 residents. The office employs approximately 280 employees including attorneys, investigators, victim advocates, and other professional support staff who strive to seek justice, ensure public safety, and protect the rights of crime victims.

C. Collier and Justsaying…….Could politicians be held in contempt for not honoring their oath’s of office by not protecting the constitutional rights of those they represent?

Maybe the gymn may want to find the judge in contempt of fiscal survival.

Who would have ever thought the day would come that our government would discourage people from working, and worse yet, penalize them for trying to make a living. The persons most vulnerable to Covid-19 are not likely customers of gyms due to age and medical conditions, yet they seem to be the most critical of those who pose no direct threat to them. Shouldn’t the most vulnerable be staying at home, supported by government assistance to minimize their exposure? Instead, we have politicians and health officials who issue edicts on how and when business may operate without giving those very businesses the opportunity (with right of appeal) to challenge the facts and science behind the regulations they impose? It’s called “due process” and raises fundamental Constitutional questions of “regulatory taking” of property without compensation. Time to wake up and put the screws to those who we elected to affirmatively further the rights we enjoy under our State and Federal Constitutions.

What you should be outraged over is the fact that your government is taking away your constitutional rights. Yes there is a deadly virus out there, but we know who are vulnerable. Elderly people and people with underling conditions should shelter at home till vaccine. Everyone else take what necessary precautions you need to. And vote in person maga 2020

Sure they’re still open everyday with dozens of car in their parking lot. Why the court can’t make them to close immediately because it is not fair for those gyms and businesses that comply with the law and is one closedown.this is an outrage.

Now Judge Walsh needsto be found guilty of violation of their civil rights.