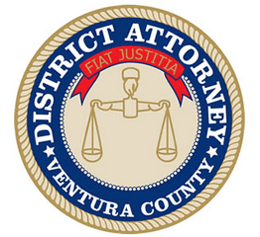 VENTURA, California – District Attorney Erik Nasarenko announced today that Jason Armenta (DOB 03/06/01), of Oxnard, has been found guilty of first-degree murder of Cristobal Gonzalez, of Oxnard. The jury also found Armenta guilty of attempted murder, that Armenta personally used a firearm in the commission of the crimes, and that the crimes were committed for the benefit of the Squires Drive criminal street gang.

On April 4, 2021, Armenta patrolled Squires Drive gang territory to target perceived Southside gang rivals. Video and cell phone evidence showed that Armenta targeted Mr. Gonzalez and another male. Armenta fired 15 rounds from a semi-automatic firearm and shot Mr. Gonzalez one time in the head. The other male was not struck.

The investigation revealed that Armenta frequented a local shooting range prior to the crimes. Cell phone video depicted Armenta and fellow Squires Drive gang members shooting at the range and bragging about their “training.” Oxnard Police Department investigated the incident.

“Gang violence continues to harm our communities,” said District Attorney Erik Nasarenko. “Despite the passage of Assembly Bill 333, my office will continue to allege and prove gang allegations to protect our residents.”

Armenta will be sentenced on May 24, 2022, at 8:30 a.m. in courtroom 47 of the Ventura County Superior Court. Armenta faces life in prison with the possibility of parole.