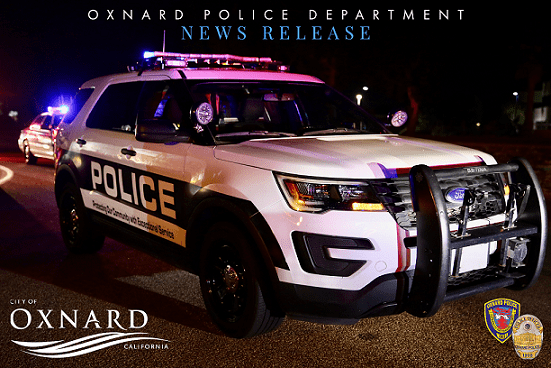 On September 16th, at approximately 6:00 p.m. officers from the Oxnard Special Enforcement Unit (Gang Unit) were conducting patrols in the 5200 blk. of Squires Dr. when they observed several subjects that appeared to be consuming alcoholic beverages near the recreational center where small children were present.  As officers attempted to make contact, the subjects fled into Garden City Acres Park.  One of the subjects fled north to the 600 blk. of Howell Rd. and attempted to hide while trespassing on one of the properties on Howell Rd.  When the officers contacted the subject, later identified as a 17-year-old Oxnard resident, the juvenile stated that he lived on the property. The residents of the property were contacted and officers found out that they did not know the juvenile.

As the officer detained the juvenile, the juvenile spontaneously stated that he had a firearm concealed on his person.  The officer recovered the loaded semi-automatic firearm and the juvenile was arrested for firearms possession.  Officers conducted a records check and learned the juvenile was on felony probation for a prior firearms arrest. Officers returned to the scene where they originally attempted to contact the subjects and located the opened bottle of liquor that they appeared to be passing around.

The Oxnard Police Department’s Special Enforcement Unit and K9 Unit are committed to reducing gang crimes and gun violence in the City of Oxnard through the strict enforcement of laws specifically targeting known, active gang members residing in the city.  Anyone with information regarding this case or other criminal activity is encouraged to contact the Oxnard Police Department at (805) 385-7600, or online via the Oxnard Police Department’s website:  www.oxnardpd.org, and clicking on Report Suspicious Activity.   You can remain anonymous if you choose to do so.  You can remain anonymous by calling the Ventura County Crime Stoppers at (800) 222-8477. You can also visit this site: www.venturacountycrimestoppers.org to submit a tip via text or email.   Booking photographs for adult felony arrest available on the department website:  www.oxnardpd.org under crime & safety, and booking / call logs.