“Arizonans were told to throw their vote into a drawer, where it might ultimately end up in a plastic bin or a trash bag. Maricopa County, where it took two weeks to count, is the poster child for broken, botched elections. But if you bring up any of these issues, you are labeled an election denier or a conspiracy theorist,” said Lake.

On Monday, the Maricopa Board of Supervisors voted unanimously to certify the election day results despite a major conflict of interest involving both the Board of Supervisor Chairman Bill Gates and Maricopa County Recorder Stephen Richer (an attorney with the law firm Lewis Roca Rothgerber Christie) who created last November the Pro-Democracy Republicans Political Action Committee (PAC) to only support candidates who are not ‘election deniers’ and to stop any MAGA candidates—Arizona Republicans running for office were supported by former President Donald J. Trump (including Senate Republican candidate Blake Masters who ran against Democrat incumbent Mark Kelly). 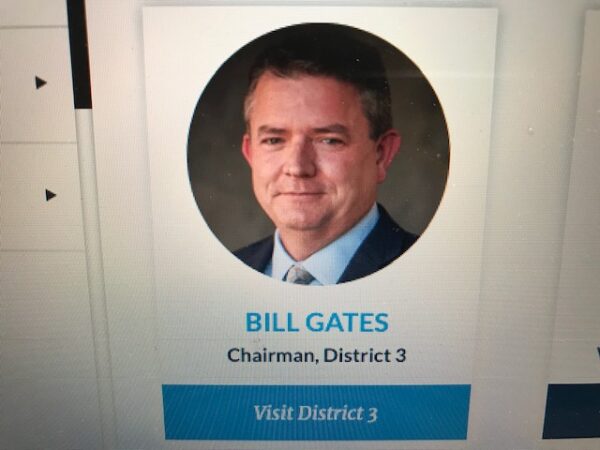 Hundreds of Patriots showed up two hours early (with many testifying during the public hearing) for the Maricopa Board of Supervisor meeting that was moved up to 8 a.m. Monday prior to the deadline for giving election documents to the Office of the Arizona Attorney General. Assistant Attorney General Jennifer Wright requested the documents “on or before Maricopa County submits its official canvass to the Secretary of State, which must occur on or before Nov. 28.

The agenda item for the Nov. 28 Maricopa County Board of Supervisors meeting was “Canvass the returns for the Nov. 8, 2022 general election.” At the meeting, Maricopa County election officials reported 1,562,758 ballots cast out of 2,435,397 registered voters for a 64.2 percent total turnout (the second highest amount of ballots ever recorded) with 75.4 percent of all Republicans voting (an increase from 74.2 percent in 2018) and 68.5 percent of all Democrats voting (a decrease from 69.9 percent in 2018).

Critics of the Arizona election are asking how Republicans could have lost in Arizona if they showed up in higher numbers than Democrats and have more party voter registrations in the state?

According to Transparency USA, the Pro-Democracy Republicans Arizona PAC brought int $88,443 in total contributions between 2021 and 2022 and had $69,761 in total expenditures with the largest expenditure going to another PAC called Defending Arizona Values—with the primary expenditure  made by this PAC going to a firm called Consilium Consulting which appears to be based in a foreign country. Francis Najafi, a major donor who contributed $20,000 to the Pro-Democracy Republicans also contributed $60,000 to the Arizona Democrat Party and ActBlue Arizona as well as $5,300 to Elect Katie Hobbs.

The Gateway Pundit reported Nov. 28 on five conflicts in the Lake vs. Hobbs race:

Conflict #1: Katie Hobbs refused to recuse herself from election oversight as Secretary of State in her own election for Governor.

Conflict #2: Maricopa County Supervisor Steve Gallardo served as the co-chair of the Latinos for Katie Hobbs coalition and he is now a member of Hobbs’ transition team.

Conflict #4: Maricopa County Chairman Bill Gates, who oversaw the election on Election Day, openly rooted against Trump-Endorsed candidates, calling their win in the primaries a “catastrophe” and saying, “I think they are electable, which is frightening.”

Conflict #5: Katie Hobbs threatened to sue any county that did not certify this election and hand her the Governorship. She is moving forward with a lawsuit against Cochise County for delaying certification.

Two other counties in Arizona did not certify on Monday:  Mohave County and Cochise County which voted 2-1 to wait until Friday to consider certification of the vote in their county. Both counties are facing lawsuits from Katie Hobbs with Hillary Clinton attorney Marc Elias entering the legal fray on behalf of Katie Hobbs.

The lawsuit claims that of the 223 polling centers open on Election Day at least 118 (53 percent of the polling centers) which were listed experienced problems when the County’s ballot printers produced ballots that were not printed darkly enough for the County’s vote tabulation machines to read the ballots. The lawsuit claims problems with ensuring every legal ballot is counted and states that according to the 2019 Elections Procedures Manual “the election board must conduct an audit to ensure that the number of voters who signed in on the signature roster or e-pollbook matches the number of ballots cast, including regular and provisional ballots and if the accessible voting equipment independently tabulates votes, any votes cast on the accessible voting equipment.”