A 90-second New York City Public Service Announcement is going viral. Posters with its advice are showing up in New Jersey shopping malls.

“So, there’s been a nuclear attack,” says a smiling commentator standing on a deserted street. “OK, what do we do?” she asks in a breezy tone. Three things: Get inside—fast. Stay inside. Stay tuned for official announcements and don’t come out until they tell you it’s safe. “OK, you’ve got this!”

Why now? Nuclear weapons have been around since the 1950s. Of course, one of the nuclear powers involved in Ukraine might set off a nuke, intentionally or by accident, despite the Biden Administration’s lack of concern.

But it might not be necessary to use a nuclear warhead to destroy America as a free and sovereign nation. The COVID lockdowns devastated a huge part of America’s middle class. A second round to finish us off might not work because Americans might not be scared enough of monkeypox or a new COVID variant to comply.

Enter, a neutron bomb equivalent disguised as a PSA. In case you don’t remember, the neutron bomb was designed to kill people while keeping the infrastructure relatively intact.

The PSA contains none of the critical knowledge that could save millions of lives in the event of a nuclear attack. Most important, if you ever see a bright flash, drop and cover immediately. You need to be lying on the ground when the blast wave arrives a few seconds later, if possible under cover to protect you from flying debris such as shattered glass.

There might be fallout later. If there is, you can see it. It looks like sand, ash, or grit. Its radioactivity decays rapidly, falling by 90 percent in the first 7 hours, and an additional 90 percent for each sevenfold increase in time. Shelter might be needed, usually for a few days. But since Americans have long been terrorized by the false statement that there is no safe dose of radiation, they might think they need to lock down until they starve. In fact, at accumulated doses less than 200 rads, most people will have no symptoms. There could be delayed effects, but years later.

One grain of truth in the PSA is that if you need shelter, it is best to go to a basement, if there is one, or to the middle of a building. Radiation protection is increased by distance from the source or by intervening mass.

Once you are inside, what next? Will there be a radio, electricity, or a functioning cell phone tower? Where are the authorities that you are supposed to depend on, and what can they do?

Radiation, like viruses, is an invisible threat. But it can be easily measured. During the Cold War Era, a simple radiation detector was created by the U.S. Department of Energy. This detector can be built from materials found in the average kitchen, and instructions for it would have been published in newspapers around the country. Now those instructions are on the Internet (search Kearny Fallout Meter).

Every fire truck in every town used to have radiation detectors capable of monitoring nuclear fallout. There were about 5 million of those, ready and calibrated. Now all those meters are gone along with the people who knew how to use them.

Today’s emergency manager may not have meters, or anyone trained to use them. Existing meters are generally designed for Hazmat purposes. They are not capable of measuring truly dangerous levels, but give warnings that are hazardous only because fear would prevent rescue activities or essential work.

The NYC PSA seems designed only to cause panic. If you happen to be outside when “it” happens somewhere, anywhere, you are to assume you are contaminated, bag your clothing, and take a shower. (Good luck finding one.) Then stay inside indefinitely.

Cold War civil defense experts emphasized the necessity of keeping America working—not huddled needlessly in a bunker. Panic, they said, would actually do more damage than the bomb itself by shutting down essential services—just as it did in World War II in London. Once people got over the fear and learned to cope with the bombing, it became far less effective.

NYC’s response to the nuclear threat seems limited to this PSA. No preparation of shelters or radiation monitoring or essential public education. In this context, the PSA is like shouting “Fire!” in a crowded theater—after turning out the lights on the exit signs.

It resembles the COVID pandemic, which instilled terror, while canceling information on prevention and early home treatment. 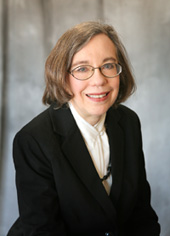 “The whole aim of practical politics is to keep the populace alarmed (and hence clamorous to be led to safety) by menacing it with an endless series of hobgoblins, all of them imaginary.” – H. L. Mencken. Citizens must reject the government’s contention that, in a crisis, it is necessary for us to “temporarily” give up our essential liberties. Benjamin Franklin told us this more than 200 years ago, and it is still true. Learn more about why we must never again let the government “lockdown” society by searching for “Jeff Schwartz Thousand Oaks.”