Mattel, the toy company responsible for both the Barbie and Ken dolls, claims boys have traditionally only avoided playing with dolls due to a lack of representation for gender fluid people, according to TIME magazine.

The dolls have no broad, male shoulders or feminine faces and hair, and pronouns displayed in branding vary from him and her to them and xem. Mattel also ran a company study as part of its marketing campaign in an attempt to establish that children generally don’t want “gendered” toys. (RELATED: Gun Controllers Indoctrinate Kids With Toy Gun Turn-In)

“The doll can be a boy, a girl, neither or both, and Mattel, which calls this the world’s first gender-neutral doll, is hoping its launch on Sept. 25 redefines who gets to play with a toy traditionally deemed taboo for half the world’s kids,” TIME wrote. “Carefully manicured features betray no obvious gender: the lips are not too full, the eyelashes not too long and fluttery, the jaw not too wide. There are no Barbie-like breasts or broad, Ken-like shoulders.”

“Each doll in the Creatable World series looks like a slender 7-year-old with short hair, but each comes with a wig of long, lustrous locks and a wardrobe befitting any fashion-conscious kid: hoodies, sneakers, graphic T-shirts in soothing greens and yellows, along with tutus and camo pants,” TIME notes.

The company now argues that children actually prefer gender-less toys. They sought to prove this by bringing in children like 8-year-old Shi’a, who “considers himself gender-fluid,” to play with the toys. (RELATED: Barbie Announces New Line Of Dolls For ‘Real Life Roll Models)

“Shi’a sometimes plays with his younger sister’s dolls at home, but they’re ‘girly, princess stuff,’ he says dismissively. This doll, with its prepubescent body and childish features, looks more like him, right down to the wave of bleached blond bangs. ‘The hair is just like mine,’ Shi’a says, swinging his head in tandem with the doll’s,” TIME wrote. 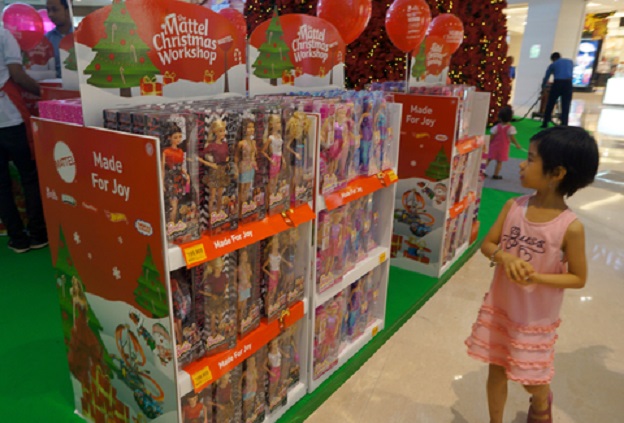