Introducing Alpho O’Rourke, the alternative to Robert Francis that anybody with two little gray cells to rub together, or any backbone, or any intestines, or any testicles at all, wishes really existed.

It is not yet entirely clear whether Alpho actually wants to be elected President of the United States, in 2020 or any other year. He cautions potential voters that he is nobody’s conservative or libertarian, but a “Progressive with attitude”, unlike those limp dishcloths, Hillary Clinton, Bernie Sanders, Ilhan Omar, and Elizabeth Fauxcahontas.

Alpho calls himself a “law and order liberal”. He has been heard to say that, in the spirit of the Second Amendment to the Constitution, he would require that every American own an AR-15 — even if he has to send the Army and police door-to-door, passing them out by force.

Alpho finds the AK-47 marginally acceptable — as long as it’s made in the U.S.A. — and points out that if a “punk country” like Switzerland can require its citizens to keep four hundred rounds of ammunition handy, he, being from Texas where everything is bigger, will require people to have four thousand.

It’s not just a good idea, it’s the law — for the children.

Alpho also believes fervently that everybody, regardless of race or gender, should have a higher education, even if it’s completely skewed, ideologically, weighted down by embarrassingly idiotic political correctness, and only worth, in the job market, a tiny fraction of what it costs. One reason Alpho is reluctant to declare his candidacy is that he intends that the nation’s burdensome student debt be paid by each of the Democrats currently running for political office.

In the same connection, Alpho has proposed a special tax on leftist Senators, Congressperson, and state legislators who somehow, mysteriously, manage to accumulate millions or tens of millions of dollars — many times their official salaries, anyway — during their terms in office. Calling it the “Max tax”, he says the money would be used to purchase medical insurance for everybody who wants it.

And because Alpho understands perfectly well that the best way to destroy anything is to tax it, the semi-candidate is also said to be seriously contemplating Rush Limbaugh’s humane policy to tax poverty out of existence.”Tax the poor!” he shouts enthusiastically

Alpho has reportedly attempted to persuade his brother that it is counter-productive to reduce carbon emissions by forbidding everybody to exhale. He says it isn’t true that Beto stepped on his toes, hit him in the eye, bit him, and hollered “I know you are, but what am I?”

Alpho also vehemently denies that, among his brother’s many ambitious plans for his first day in the Oval Office, he intends to commission the monumental sculpting of a fifth gigantic likeness on Mount Rushmore, that of his idol and patron, Nazi billionaire George Soros. There is no truth whatever to the rumor, Alpho swears, and anyway, he finally managed to talk Beto out of it, along with that secret love-shrine in his El Paso office to Congresswoman Alexandria Ocasio-Cortez with all those embarrassing stains on the floor. 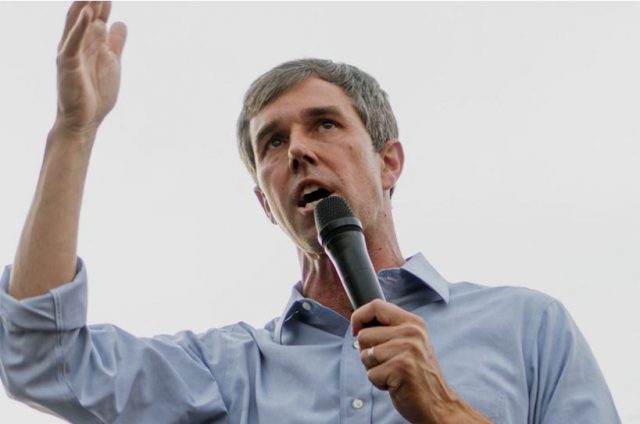