Liberals Continue Gunning for Our Freedoms

As I constantly say, one of the central tenants of liberalism is “intent,” not results.

It goes a little something like this: “We created welfare in the sixties to help women with children, even though it mandated the removal of the father from the home.  We didn’t know it would destroy the Black family.  We wanted to help poor, Black babies.”

Liberals were very well aware that removing the father from the home would be the death nail of the Black community. 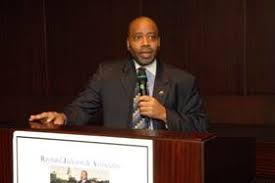 Similarly, after every mass gun shooting, liberals begin the drumbeat for “gun control.”  They never define what gun control is or means; they simply want to restrict American’s ability to own guns.

The big push in this regard now is more expansive background checks on would be gun owners.  You might be thinking what’s wrong with that?  This seems to be a reasonable response to another mass shooting.

Ah, my friend, you have just fell into the liberal trap!

Remember, with liberalism, success is measured by “intent,” not by results.  This view is central to every liberal policy coming out of the Democrat Party.

Every N.F.L. coach is judged by how many wins and loses he gets during the season.  No coach intends to lose a game.  According to liberalism, every team should be invited to the playoffs simply because they participated in the game; thus, the proliferation of “participation trophies” in sports for kids.

Even liberals admit more background checks would not have prevented one of the recent mass shootings.

In the immortal words of soul singer, Michael McDonald of the famed Doobie Brothers, “What a fool believes he sees, no wise man has the power to reason away; because what seems to be is always better than nothing at all.”

So, after every mass shooting, the liberal’s predictable response is for more gun control, NOW.

As though criminals are going to obtain their weapons through legal means.  Guns are really not the issue.  It’s something a lot more fundamental.

Liberals destroyed the Black family in the sixties, not thinking that it would spill over into the white community and devastate them as well.  Then liberals came up with the ignorant notion that Johnny can have two daddies and Susie can have two mommies; neither of which is biologically possible.

And finally, liberals have convinced a lot of women that they don’t even need men or a family unit to have and raise children; simply get the man’s sperm without any relationship or commitment.

Do you think it is a mere coincidence that most of the perpetrators of mass shootings come from fatherless homes or homes where fathers were disengaged?

I hope conservatives will stand on their principles and not cave into the emotions that liberals will bring to this debate.  Any time you legislate in a cloud of emotion, you will produce horrible legislation.  It never fails.

People who are set on violence will always find a way to inflict their pain on society.  Guns are outlawed in Japan; but most of their mass killings are done with regular knives.  But there is no mass cry to ban knives in Japan.

Feminism from the sixties is the radical embodiment of this modern-day push to totally eradicate male influence from within our society, especially when it comes to their role in parenting.

So, as opposed to dealing with the root cause of mass shootings, the total decimation of the traditional family unit; liberals would much rather deal with issues that make the public “feel” like the Democrats are doing something to make them safer.

I guess what seems to be is always better than nothing at all.

My book is now available for purchase on my website:  www.raynardjackson.com