One of Stevie Wonder’s many hits was “Living for the City”.

Although that song’s lyrics of troubles in 1974 Mississippi and New York City differ in many ways from Oxnard and other cities today, the title reminds us to live part of our lives for our city’s best, not for its “just enough”.

Because I want the best for and want to help do the best for Oxnard, District 2, and Sierra Linda Neighborhood, I am seeking the City Council’s appointment as District 2 Councilman. 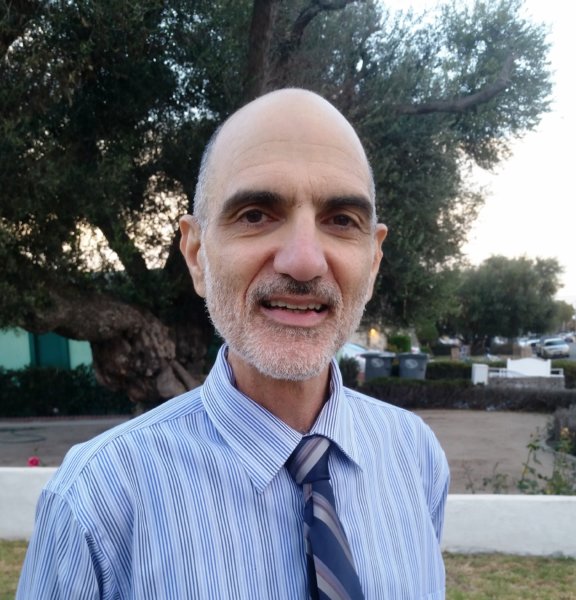 In D2, I went most of K-6 to Sierra Linda School (2 of those years in Colonia schools), then graduated Fremont Junior High. My siblings started at Curren School before switching to Sierra Linda. I played Little League baseball in D2 and spent many days in old Carriage Square for Shakey’s pizza, the theater, and go-carts.

My mother gets lunches at Wilson Senior Center, and, as others, even my burial plot, a long time from being used, I trust, is in D2’s Santa Clara Cemetery.

For years going to church and homegroups in Oxnard and elsewhere, I’ve been blessed to help give to the poor, including now through our Channel Islands Vineyard’s weekly pantry and at holidays.

As a youth, I joined my hometown in shaking Sen. Robert F. Kennedy’s hand, in my case on Magnolia St., as he campaigned for President. Years later, after interviewing one of his main local backers, former Oxnard Mayor Jane Tolmach, I wrote a story on my former website, peopleinpublicplaces.com, about his last days.

In a bipartisan turn, I was ‘92 Oxnard co-chair of Bruce Herschensohn for U.S. Senate.

I graduated from Santa Clara High and Pepperdine University, earning a Journalism degree with a minor in Political Science.

Since ‘17, I’ve been the main caregiver and helper with financial paperwork for my mother as she fights illness. I’ve taught high school history, government, journalism, economics, etc., been a journalist, and worked some in politics, including supervising polling places.

Now, despite some disagreements, thanking County Supervisor Carmen Ramirez for her service as D2 representative and Mayor Pro Tem, we need to hold on to the good in our fair city, but reform wisely what needs to change.

May we remind ourselves that the Declaration of Independence says governments (Oxnard’s, too) are instituted to secure our rights to life, liberty, and the pursuit of happiness.

To that end, we need to keep and improve our strong Police and Fire departments to prevent and fight crime and disasters, use our $55 million budget more carefully, encourage economic growth by keeping fees and regulations reasonable, not restricting, and start and oversee Opportunity Zones, which enable federal tax breaks for those who create jobs in and develop needy areas.

We must solve our big deficits in funding pensions and retiree medical benefits and increase our lobbying to the state and federal governments, which has had fruit, to first keep our tax money here, then obtain grants. For instance, perhaps we can join with the California League of Cities to urge the state to end the billions-of-dollars-wasting Bullet Train and send that money back to cities and their taxpayers. We don’t want to ask our people to pay for another tax increase.

We need to keep working with the County and developers to complete the levees at Santa Clara River and encourage families and private and faith-based charity to honor our seniors, keep our youth healthfully active, and help the homeless, addicted, and poor, while doing what we can as local government.

Recently, I was able to catch that the Fire Dept. didn’t state in a meeting agenda where unspent money for its lockdown-cancelled academy went, I asked Councilman Bert Perello about, and he was good to ask interim Chief Alexander Hamilton, who excellently noted it was returned to Measure O sales tax funds.

A while back, I researched, before noting at Council meetings, that Oxnard’s June ’18 audited financials showed that the City had a $234,226,000 deficit in funding pensions and retiree medical benefits.

Our audits since have shown improvement, but we must relieve our taxpayers from more of that burden.

If appointed District 2 Councilman, I can help lead those wise reforms and aid in securing our rights and in living well for our beloved city.

Editor’s note: Mr. Barbarine and 12 others have applied to the Oxnard Council to be appointed as an interim District 2 Council Member. Any other candidate is welcome to run an article her in Citizens Journal as well- send to [email protected]

Yes I agree with Mr. Barbarine and I support your efforts in stepping up to help the city of Oxnard. I was born and raised in Oxnard and appreciate people like Mr. Barbarine. You have my vote