Camarillo, CA – Cadettes from local Girl Scout Troop 60385 – Makena Large, Kaitlyn Seymour, and Nika Wallach worked on earning their Silver Award, the highest honor a cadette can achieve, by doing a library renovation project at Casa Pacifica’s main campus in Camarillo. Over the past year the girls – who dubbed themselves ‘The Library Lemons’ – have dedicated their weekends and time after school to work on the project. The renovation included repainting the walls, a complete book inventory, restocking the library with current and age-appropriate books, reorganization, and catalog creation.

The idea to incorporate Casa Pacifica into their Silver Award came from Makena Large, whose family had begun donating to the nonprofit in honor of her late mother who was spent time in the foster system as a child. Casa Pacifica’s mental health programs serve foster and at-risk youth. Community businesses partnered with the Girls’ to make their project a reality. Frontier Paint in Ojai donated paint and Cabrillo Middle School (the girls’ former school) donated their surplus library books. To collect additional books the girls posted messages on the Nextdoor app and Facebook then picked up the books from people’s front porches. They ended up collecting close to a thousand books for the library. Once their library was completed, the Library Lemons went one step further and purchased rolling library carts so the books could meet the kids of Casa Pacifica wherever they are – in their cottages, at school, etc.

A sweet surprise came after the girls thought the library was done when ProSource Wholesale offered to donate carpeting, while an anonymous donor stepped forward to cover the cost of the carpet installation.

The ongoing COVID-19 pandemic made earning their Silver Award even more difficult when Casa Pacifica had to close its campus to visitors. But the girls persevered, coming on the weekends completely masked and sequestered in the library until the job was finished. Troop leader Andi Kish spoke about the project, “these girls were pretty ambitious, they really shot for the moon. What I love is they were able to pivot when circumstances got hard. It took a tremendous amount of dedication and prioritization.”

The campus, home to Casa Pacifica’s residential treatment programs, nonpublic school, and outpatient services, opened the Rotary Clubs of Camarillo Library in 1995. When the agency first opened, they served a different population – toddlers to teens, even infants when needed. Today, the agency has an older population, ages 9-17 year olds, based on current needs. The library overhaul made the space much more appealing and usable with the addition of current and age-appropriate books. The newly renovated library and its new offerings have brought a renewed love of reading back to Casa Pacifica. A few youth are even hoping to start a book club and have begun to request books they want to read that aren’t currently stocked in the library. If you would like to purchase any of their wishlist books, please visit Casa Pacifica’s Amazon registry here: https://smile.amazon.com/hz/charitylist/ls/QGWWQJBWRS83/ref=smi_ext_lnk_lcl_cl 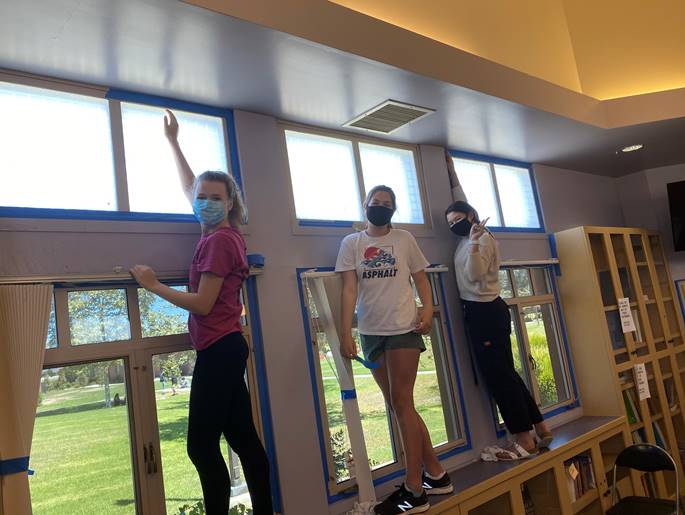 Casa Pacifica Centers for Children and Families is a crisis-care and residential treatment facility for foster or at-risk children in Ventura and Santa Barbara Counties. It’s mission is to restore hope, enhance resilience, and strengthen community connections for children, young adults and families at the most challenging times of their lives. The agency is the largest non-profit provider of children’s mental health services in both counties and administers a number of community-based programs designed to strengthen families and keep children in their homes and communities. Casa Pacifica is also a foster family agency, which recruits and trains families for potential placement with a foster youth. For more information about Casa Pacifica visit its website www.casapacifica.org or call the Development & Public Relations Department at (805) 445-7800.