MAGA Nation: Can They Stop the Steal?

This has certainly been a banner year of election firsts:

And no doubt this is the first time a Presidential candidate could command audiences of many thousands of jubilant fans several times a day, in multiple states, and still “lose” his re-election bid by squeaker margins in just a handful of Democrat cities.

America is split very closely down the middle: Half love America as it is and want to preserve the best parts (though without objection to fixing what really needs fixing.) Half believe America is irredeemably flawed and broken, and must be “fixed” by making it more like Europe: More globalist, more elitist, more feudal – giving Government more power to determine how the People behave.

The MAGA Nation wants to maintain power vested with We the People. They want Government to remain as Servant.

Democrats, having surrendered to their Progressive-Leftist wing, are now fully on board for a socialist-lite government of Power-by-Elites. They want Government to become King.

This is not a new struggle. Progressives date back over a hundred years, to roughly the Teddy Roosevelt era. Wilson was a big proponent. FDR likewise saw Government as THE answer to all problems, domestic or political. These folks and their followers all believed the more Government we had, the better off we would be.

In days long-gone, most Americans lived “off the grid.” The “grid” was the new telegraph/railroad system, which linked a few growing cities with communications that took around a day or three. Otherwise, people in the vast reaches of America were pretty much on their own. Government couldn’t much interfere with ’em.

But change was afoot. George Orwell warned with his 1949 novel, 1984 , that the entire globe was on a path toward total Government ownership and control over every aspect of Humanity. He envisioned the then-new technology of Television as the enabling mechanism for spying and control, by which the Government would See All, Know All, and Control All. He was a few decades early and an innovation or two shy, but the Internet, smartphones and Social Media have combined to put us right on the precipice of 1984 as political reality.

In fact, the only reason we’re still atop that cliff, rather than already obliterated at its bottom, is because Trump trounced Hillary.

Obama had tugged us that close to the annihilation of the American experiment in self-rule.

And here we totter on the precipice once again.

It’s a scary place to be. The future of the nation (and thus the world) really is at stake, to be determined by how a very few tens of thousands of Americans in a handful of “swing” states decided to mark their ballots on election “day.”

So you’d think, in the run-up to the election, we’d have all been paying rapt attention to our news, our politics. Our world.

To the members of the MAGA Nation, President Trump has lived up to his promises – despite having to contend with a constant barrage of lies, hateful vitriol and (pardon the pun) trumped-up charges blasted his way by Democrats, Never-Trumpers and almost all Media organizations.

Still, most Americans don’t really pay much attention to politics in between elections. And since there’s such an overload of available “information” with the advent of cable TV, then the Internet, and now Social Media – it’s too much information, even for the “professionals.” No way the average working Joe/Josephine can keep up.

So they join Facebook, Twitter, Instagram, and let whatever propaganda blasts out of those firehoses “inform” their opinions. They absorb everything as if it came from some actual authority. Maybe read some reader comments, and agree or disagree with those based on how clever, wicked or profane are the word choices.

This is really not a very smart way to choose our “leaders,” the people we are licensing for 2 to 6 years to “run” our government.

There have always been those who argued that we can’t trust society’s business – national security, foreign affairs, taxes and budgets, education, law enforcement – to the whims of “low-information voters.” That’s why we need a “professional” government to get us past those stupid elections, make sure we keep the ship of State “moving forward.”

That “professional” government is the so-called “Deep State.” It is real. It is big. And powerful. And mean. And very effective at protecting itself – as Trump very quickly discovered!

That is one step shy of government-by-fiat: Socialism. Which is one stop away from Communism, the most destructive force ever unleashed by Mankind upon itself.

One political party sees this as their golden Future: An America forever owned and operated by Deep-State Democrats. (Of course, it would be “America” in name only.)

The “Mainstream” Press and most corporate news networks have now joined themselves to this effort. Only FOX and One America have been counterweights to this drift; and now even FOX has apparently joined the anti-America horde.

He caught hell for saying that. They called him “un-American,” a would-be dictator, a tyrant, for saying it.

Now it seems the Fake News is not only the Deep-State Propaganda Agency, it has also become the Censorship Agency.

How un-American is that?

This is the fight now being waged by Trump’s legal teams to counter the election fraud they are discovering, and prevent that fraud from drawing us ever closer to that anti-America abyss.

Will they succeed in protecting America from a Democrat-engineered leap off that ledge into Socialist oblivion?

The MAGA Nation, and other true Americans, are rooting – and praying – for them.

And just how are the “moderate” Democrats going to feel if they learn in the coming weeks and months that their own Party has been part and parcel of a global conspiracy to steal this election?

I know how the MAGA Nation will feel. 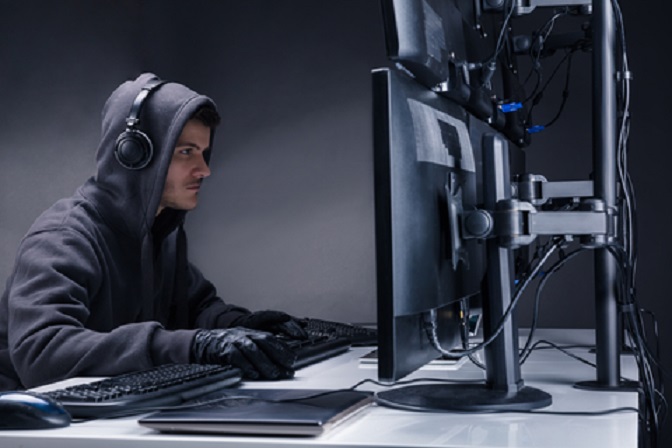 Phil Erwin is an author, IT administrator and registered Independent living in Newbury Park. He would like to support some Democrat ideals, but he has a visceral hatred for Lies and Damn Lies (and is highly suspicious of Statistics.) That pretty much eliminates supporting most Democrats, and a bunch of Republicans to boot.

The question remains one of enforcement, and relative to your accurate location of our “professional Govt” being the deep State, here it is….

Both Whitmer and Newsom have had court decisions which limit their power to rule by fiat, based on both Govs unconstitutional decisions relative to the Virus Op. It is apparent that they are now thumbing their noses at the Judicial Branch, and are intent on repeating those illegal ill fated decisions which damage public health-safety and well being.

Who does and when will, enforcement of Rule of Law take place? Or are we in a non stop shadow puppet play?