“Look, I hope everybody’s realized by now, these masks make a difference,” said President Joe Biden in response to the lifting of mask mandates in Texas and Mississippi.  “[T]he last thing we need is Neanderthal thinking that [as vaccines roll out], everything’s fine, take off your mask, forget it. It still matters.”

Biden’s statement abandons “the science” in at least two ways.

Firstly, Neanderthals appear to have been about as smart as their Cro-Magnon counterparts (our most direct ancestors, although many humans have some Neanderthal ancestry as well).

More importantly, published, peer-reviewed scientific studies have yet to demonstrate any significant impact of masks on the spread of viral disease. “The science” doesn’t say that “masks make a difference.” 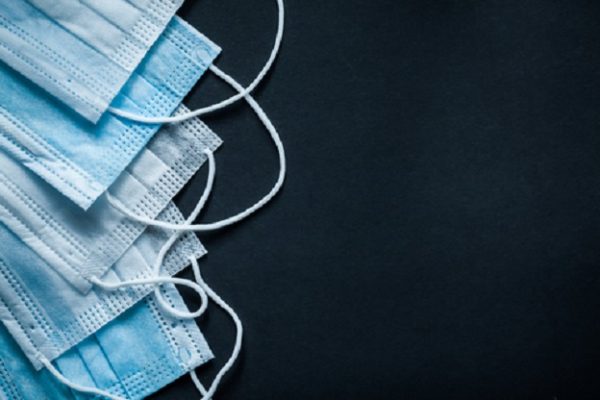 It’s important to remember that correlation and causation are not the same thing and that there can be many factors involved, but let’s look at some raw information:

Meanwhile, Florida — where there’s no statewide mask mandate and where local authorities are forbidden by state law to enforce mandates on individuals with arrests and fines — is in far better shape at 146 deaths per 100,000 population.

Texas, which has been slightly more authoritarian on COVID-19 than Florida, is also in slightly worse shape than Florida (but in far better shape than New York or New Jersey) at 155 deaths per 100,000 population.

Missouri, which seemed ultra-casual about masking when I visited last August for my mother’s funeral (she caught COVID-19 in a locked-down, masked-up nursing home) is doing even better than Florida at 140 deaths per 100,000 population.

Like I said, correlation is not causation. There could be many reasons for those differences, including but not limited to climate, population density, prevalent disease strain, etc.

But for the same reason, what there is NOT is anything approaching certainty that masks in general, or mask mandates in particular, save lives. If there’s a plausible conclusion to be drawn at all, it’s that they don’t.

This time last year, the US Surgeon General Jerome Adams was scolding Americans to stop buying up masks, while National Institute of Allergy and Infectious Diseases director Anthony Fauci was telling 60 Minutes, “there’s no reason to be walking around with a mask …. wearing a mask might make people feel a little bit better, and it might even block a droplet. But it’s not providing the perfect protection that people think that it is.”

Adams and Fauci were right back then, before politics pushed them away from the truth.

In the future, the most interesting topic related to COVID-19 will probably be not the disease itself, but the question of how an initially voluntary and seemingly commonsense measure snowballed  into a fad driven by politically cultivated mass hysteria, then into what can only be described as a government establishment of religion.

The Cult of the Sacred Mask is disintegrating. Joe Biden should resign its ceremonial papacy and focus on merely being president.

If you are in a place where masks are still ‘required’, wear one on your chin.

This will show you who the mask Nazis are.

And which businesses to boycott, if need be.

AMEN! Masks were never going to do shit! I wear one where they “mandate” it and otherwise I breathe nice big lungs full of fresh air! I hit the door from stores and the mask is off instantly. We have become a nation of sheep. Baa baa

Over 90% of ALL covid deaths were obese, WORLDWIDE

Every State in the US where covid deaths spiked, the top 5 States have HUGE populations(and I mean the citizens are fat)

Anecdotally, how many people do you know who have died of covid who were NOT overweight? 30+ lbs.

You won’t run out of fingers in the count

“Anecdotally, how many people do you know who have died of covid who were NOT overweight? 30+ lbs.”

I only know one person who has died of COVID. She was my mother, and no, she was not obese. In fact, the nursing home was trying to get her to GAIN weight.