Army Private 1st Class Milton Arthur Lee joined the service during the height of the Vietnam conflict when he was only 18. He didn’t make it home, but his bravery and dedication saved the lives of several men in his platoon. For that, he was posthumously awarded the Medal of Honor.

Lee was born Feb. 28, 1949, in Shreveport, Louisiana, where his parents lived. However, for reasons that are unclear, he and his brother, Ken, grew up with his grandparents in San Antonio. Lee was a member of the Youth for Christ, Harlandale Christian Church and the Young Republicans.

After graduating from Harlandale High School in 1967, Lee enlisted in the Army. He trained at Fort Campbell with the 101st Airborne Division and was eventually assigned to Company B, 2nd Battalion, 502nd Infantry, 1st Brigade.

Lee arrived in Vietnam in January 1968 as the Tet Offensive was beginning. His unit was one that saw extensive combat during the war.

On April 26, 1968, Lee was with Company C near Phu Bai, an Army and Marine Corps base near the Central Vietnam coast. He was serving as the radio telephone operator with 3rd Platoon, the company’s lead element, when they were fired on by North Vietnamese soldiers hidden in well-concealed bunkers.

The attack killed or wounded about 50% of the platoon, so the remaining men quickly moved to find cover to help the wounded and reorganize. Lee, however, pushed through the heavy gunfire to reach wounded soldiers who were trapped and needed first aid.

Once his unit reorganized, they pushed forward to assault the enemy bunkers. Lee stayed in close radio contact with the company commander to relay clear, precise orders to his platoon leader.

As Lee was moving forward toward the bunkers, he saw four enemy soldiers preparing to ambush his platoon’s lead element, which hadn’t noticed them. Without hesitating, Lee handed off his radio and charged toward the concealed enemy soldiers. Single-handedly, he overran their position, killing all of the enemy soldiers while capturing four automatic weapons and a rocket launcher.

Lee pushed on to attack another enemy position despite a heavy barrage of gunfire. The 18-year-old suffered serious injuries, but he continued his attack, crawling forward so he could provide accurate cover fire for his platoon, which was able to get into place and overrun that second position. It wasn’t until they were in the clear that Lee stopped firing. Soon after, he died from his injuries.

Lee’s actions saved the lives of the lead element of his platoon, which couldn’t have taken out those key enemy defensive positions without him. For that, he was quickly nominated and approved for the Medal of Honor.

On April 7, 1970, less than a year after his death, Lee’s grandmother accepted the nation’s highest honor on his behalf. President Richard M. Nixon presented it to her during a White House ceremony.

Lee’s name is well-known at Fort Campbell, the home of the 101st Airborne Division for which he fought. A post recreation center was dedicated to him in the early 1970s. More recently, in 2013, a center that helps soldiers transition back to civilian life was named in his honor.

This article is part of a weekly series called “Medal of Honor Monday,” in which we highlight one of the more than 3,500 Medal of Honor recipients who have earned the U.S. military’s highest medal for valor. 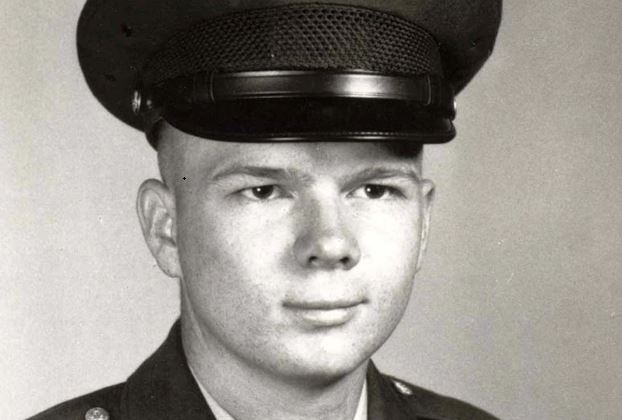