The Washington Post, citing anonymous sources, reports that the Biden administration is poised to propose a ban on menthol cigarettes. The reason? Well, according to the National Survey on Drug Use and Health, 85 percent of black smokers choose the flavored cigarettes over “plain” tobacco, versus 29 percent of white smokers.

In the fantasy world that Joe Biden (and the anti-tobacco crusaders and fake civil rights advocates who have his ear) live in, a menthol cigarette ban will “protect” the black community from the effects of “aggressive marketing” by the tobacco industry, whether that community really wants to be “protected” or not.

In the real world, what Biden and company are saying is that black Americans are too stupid to make the “right” choices on their own and that government must therefore make those choices for them.

There’s a word for that kind of attitude toward people based on skin color.  The word is “racism.”

Oh, he apologized, sixteen years later, saying he’d made a “profound mistake.” But he obviously neither learned from that mistake nor reconsidered his racist attitudes. By 2020 he was claiming the expertise to evaluate the “blackness” of voters based on their choice of presidential candidate.

In addition to believing that black Americans are too stupid to be allowed to make their own choices on smoking, Biden apparently also believes they’re too stupid to figure out that they can “season” plain tobacco cigarettes with menthol flavoring from crushable capsules or eye-droppers. 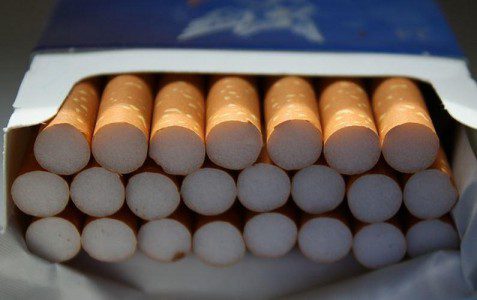 If there’s an up side to Biden’s continuing racism, it’s that he’s gone from harshly punitive to annoyingly paternalistic. Instead of throwing black Americans in prison cells for endless years to punish them for their choices, he just wants to inflict endless minutes of inconvenience on them in the name of “helping” them.

As a menthol smoker myself, I have to hope that “cancel culture” swings into action and de-platforms Biden over this racist silliness.

I don’t know any white people who don’t smoke menthols. I don’t know many black people who do. Instead of banning cigarettes just ban the dangerous additives. Why are smokers treated worst than addicts? If you do hardcore drugs you’ll find somewhere to get it and take it you’ll find people who are willing to help you get high safer or help you quit but as a smoker of cigarettes you’re treated like you’re standing there skinning kids or something it’s nuts! You can die from make-up, water, food, just breathing the air but it’s always cigarettes labeled as the worst thing that needs taken out rather than changed back to the natural form.