N.Y. Times: Hillary Spy Scandal Too Hard For Our Readers To Understand 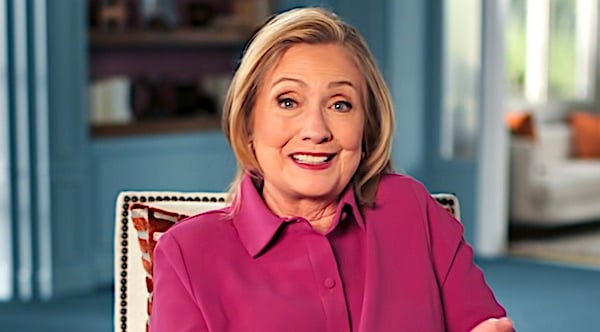 A New York Times reporter explained why the paper joined nearly every major media outlet in ignoring the blockbuster special counsel charge that Hillary Clinton’s campaign spied on internet traffic at Trump Tower, Donald Trump’s New York City apartment and the White House in an effort to frame Trump as a Russia stooge.

The accusations filed in motions by special counsel John Durham in his investigation of the Obama administration’s Russia probe essentially are too much work for Times readers to digest, wrote Charlie Savage, who covers national security and legal policy issues.

Two days after the story broke, Savage said Durham’s claims “tend to involve dense and obscure issues, so dissecting them requires asking readers to expend significant mental energy and time — raising the question of whether news outlets should even cover such claims.”

He went on to lament that “Trump allies portray the news media as engaged in a cover-up if they don’t.”

Savage’s “news analysis” published Monday is titled “Court Filing Started a Furor in Right-Wing Outlets, but Their Narrative Is Off Track.”

The subhead is “The latest alarmist claims about spying on Trump appeared to be flawed, but the explanation is byzantine — underlining the challenge for journalists in deciding what merits coverage.”

Fox News found the TV networks ABC, NBC, CBS and MSNBC gave no air time to the story while CNN gave it two minutes and 30 seconds.

Margot Cleveland of The Federalist dissected the Times writer’s defense in a long threat on Twitter, challenging each point.

She noted, for example, that Savage refers to a target of Durham’s investigation, Michael A. Sussmann, as a lawyer “with links to the Democratic Party.” But as a counsel for the Democratic National Committee and the Hillary Clinton campaign, he is much more than that.

Durham, in a 13-page motion filed Friday against Sussmann, alleged that enemies of Trump fed disinformation gathered from their surveillance to intelligence agencies in an effort to frame him during the campaign and while he was in the White House.

Sussmann was charged last September with one-count of lying to then-FBI general counsel James Baker during a meeting just before the 2016 election. The indictment alleges Sussman was trying to provide the FBI with evidence of a secret communication channel between the Trump organization and the Russian Alfa Bank.

Sussmann told Baker he was not working on behalf of any client when in fact he was working for Hillary Clinton.

The Clinton campaign also was behind another major catalyst for the now-debunked charge against Trump of Russian collusion, the infamous “dossier.” by former British spy Christopher Steele. Clinton’s campaign and the Democratic National Committee, through the law firm Perkins Coie, financed the production of the discredited dossier by the intelligence firm Fusion GPS.