NABJ Caught with Their Hand in the Proverbial Chinese Cookie Jar

(ThyBlackMan.com) The National Association of Black Journalists (NABJ) has once again shown their liberal bias and lack of professionalism!

Last week they got caught in bed with the Chinese government and then lied about it.  They are supposed to be the premier professional organization for Black journalists but has never lived up to their hype.

They definitely had the potential to be a very dynamic, influential group; but they decided that they wanted to be a group that was in the tank for the Democrat Party.  This is why no one takes them seriously as an organization anymore.

As a Black Republican nationally syndicated newspaper columnist, I have been a member of NABJ for many, many years.  I have criticized NABJ for decades for being a radical liberal group that supports the Democrat Party; but they used to ignore me by saying I wasn’t a member.  I decided to become a member so that when I needed to criticize them, they would have to listen and they just couldn’t simply dismiss me as an outsider. 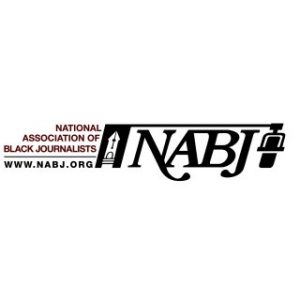 Last week NABJ was scheduled to host a webinar entitled “The Rise of Misinformation.”  The “stated” purpose of the event was to inform NABJ members and the public-at-large about the challenges associated with COVID-19 and the misinformation about it relative to the Black community.

Allow me to interpret this psychobabble from this radical liberal organization.  They wanted to have a forum to allow radical liberal journalists to criticize the Trump administration’s response to the virus and suck-up to Nancy Pelosi’s radical vision to reshape our democracy under the guise of protecting Americans from the virus.

How do I know this, you might be asking?

One need only look at the panelist to determine that this was going to be an all-out assault on the Trump administration.  You had radical liberal quasi journalists like Van Jones, Roland Martin; singer will.i.am and radical liberal physician, Ebony Hilton.

So, I guess they couldn’t find a Black Republican or two to place on the panel?

I guess NABJ was unaware that we have a Black U.S. Surgeon General; I guess they were unaware that two Black members of the Republican National Committee (RNC) are physicians, Ada Fisher from North Carolina and Robin Armstrong from Texas.

All of NABJ’s leadership know me and know how to reach me and know that I can get them in touch with anyone within the Republican Party.  But they were not interested.

Remember, NABJ’s goal was not to be informative or educational, but to be political.  Their goal was to label Trump and America as racist and out to kill Black folks on purpose.

Why else would they have as their ONLY sponsor Huawei?

Yes, you heard me right, Huawei.  Yes, the largest telecom company in the world that is controlled by the Chinese Communist Party (CCP).  Yes, the same CCP that has one of the worse human rights records in the world!

NABJ knowingly got in bed with one of the worst human rights abusers in the world and then lied about it.  They claim, without evidence, that they took no money from Huawei and that NABJ had editorial control, without providing any evidence.

So, I challenge NABJ to release all email and text messaging correspondence regarding this event and let the public come to their own conclusion.

All journalists are supposed to be big supporters of transparency; so, why did they suddenly delete their own tweets about their own event with Huawei?  Smells like journalistic hypocrisy to me.

All of the panelists claim they didn’t know Huawei was sponsoring the event, though they provided no evidence.  None of them was willing to go on camera or go on the record to explain why they lied to the American people.  Roland Martin, who has an opinion on everything has all of a sudden come down with an extreme case of laryngitis.

You know things are bad when state run Russia Television mocks you!

According to NABJ’s own press release, the event was cancelled “because it has become a distraction from other priorities.”  Priorities like getting Joe Bidden elected president?

They went on to claim, without evidence, that Huawei “had no editorial control.”  Please show us the proof.

Again, I challenge NABJ to release all email and text messaging correspondence regarding this event and let the public come to their own conclusion.

What does this say about NABJ as an organization that they were willing to be used by the Chinese government for free to undermine their own country and their own community?

If they had been paid, at least you could attempt to justify their behavior; but to do it for free is simply disgusting.

Like other radical liberal organizations and individuals, it seems like NABJ is cheering and hoping for America’s demise.  Have they forgotten that journalists in China are jailed and killed as a matter of policy?  Do they really hate Trump and Republicans that much?  Or can they simply not control their radical liberal impulses?

The media, especially the Black media, should make NABJ account for their decision to be used for propaganda purposes by one of the most brutal, dictatorial countries on earth.

For them to claim ignorance about who owns and controls Huawei is simply unacceptable.  I want NABJ to be held to the same standard they would want to hold other organizations to under similar circumstances.

NABJ should hire an outside law firm to run a thorough investigation of this matter and issue their report during their national convention here in DC in August.  Nothing short of this should satisfy the membership of the NABJ!

Huawei and the CCP has already won the propaganda war on this issue simply because they have successfully diverted attention from what they did to harm the world, unleashing the Wuhan coronavirus, to talking about how they used a Black organization to spread their propaganda.

And, according to NABJ, it didn’t cost the organization a dime; because their radical liberal leadership gave it as an in-kind contribution.