The National Aeronautics and Space Administration released the first photos taken by its Perseverance rover on Mars after it became just the fifth rover to ever successfully complete the landing.

“This landing is one of those pivotal moments for NASA, the United States, and space exploration globally – when we know we are on the cusp of discovery and sharpening our pencils, so to speak, to rewrite the textbooks,” acting NASA Administrator Steve Jurczyk said in a statement Thursday.

WATCH: The moment NASA’s Perseverance rover lands on the surface of Mars, in the first rover mission in nearly a decade to land on the red planet
pic.twitter.com/a4N8NRUYtA

Perseverance, which is about the size of an automobile and is equipped with a miniature helicopter, will begin its mission after about two weeks of testing and calibration, according to NASA. The rover’s mission will focus on astrobiology, looking for signs of ancient microbial life, and geology, investigating Mars’ rock and sediment to better understand the planet’s past climate.

“Because of today’s exciting events, the first pristine samples from carefully documented locations on another planet are another step closer to being returned to Earth,” said Thomas Zurbuchen, associate administrator for science at NASA.

The mission is also focused on paving the way for eventual human exploration of the Red Planet, according to NASA. Previously, NASA set the 2030s as a goal for landing an astronaut on Mars, according to The Planetary Society.

Former President Donald Trump promised in October that the U.S. would be the first nation to put a man on Mars.

NASA’s Sojourner became the first-ever rover to successfully land on Mars as part of the 1997 Pathfinder mission. The space agency landed the Spirit and Opportunity rovers on Mars in 2004, which aren’t operational anymore, and the Curiosity rover in 2012, which is still operational.

China hopes to land its Tianwen-1 rover on Mars in May and become the second nation to successfully land a rover on the planet. 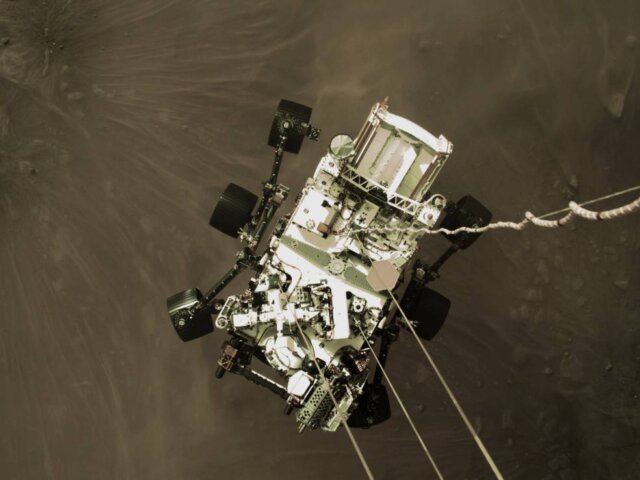 This high-resolution still image is part of a video taken by several cameras as NASA’s Perseverance rover touched down on Mars on Feb. 18, 2021. (NASA/JPL-Caltech) 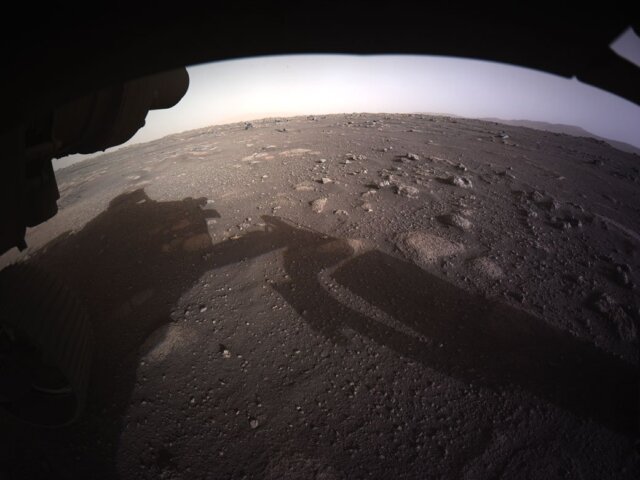 This is the first high-resolution, color image to be sent back by the Hazard Cameras (Hazcams) on the underside of NASA’s Perseverance Mars rover after its landing on Feb. 18, 2021. (NASA/JPL-Caltech) 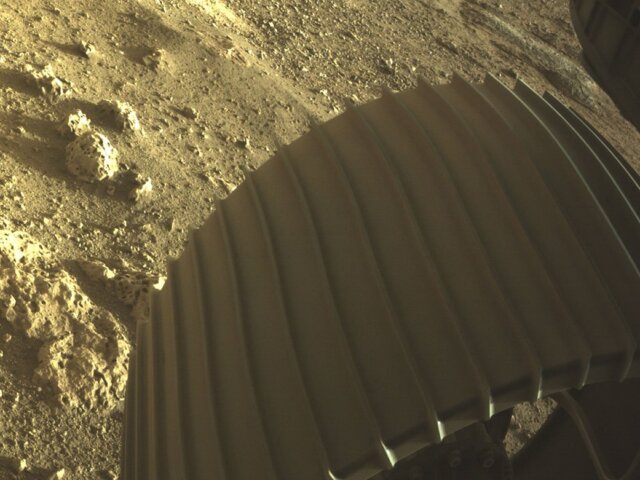 This high-resolution image shows one of the six wheels aboard NASA’s Perseverance Mars rover, which landed on Feb. 18, 2021. The image was taken by one of Perseverance’s color Hazard Cameras (Hazcams). (NASA/JPL-Caltech)