On Aug. 26, 2020, NASA’s Terra satellite was able to image the two areas in California where the fires have been most active and using the false color reflectance bands on the MODIS (Moderate Resolution Infrared Spectroradiometer) instrument aboard. Using these bands, the burned areas or fire-affected areas are characterized by deposits of charcoal and ash, removal of vegetation and/or the alteration of vegetation structure. When bare soil becomes exposed, the brightness in Band 1 may increase, but that may be offset by the presence of black carbon residue; the near infrared (Band 2) will become darker, and Band 7 becomes more reflective. When assigned to red in the image, Band 7 will show burn scars as deep or bright red, depending on the type of vegetation burned, the amount of residue, or the completeness of the burn. The bands are colored as such: Red = Band 7, Green = Band 2, Blue = Band 1. 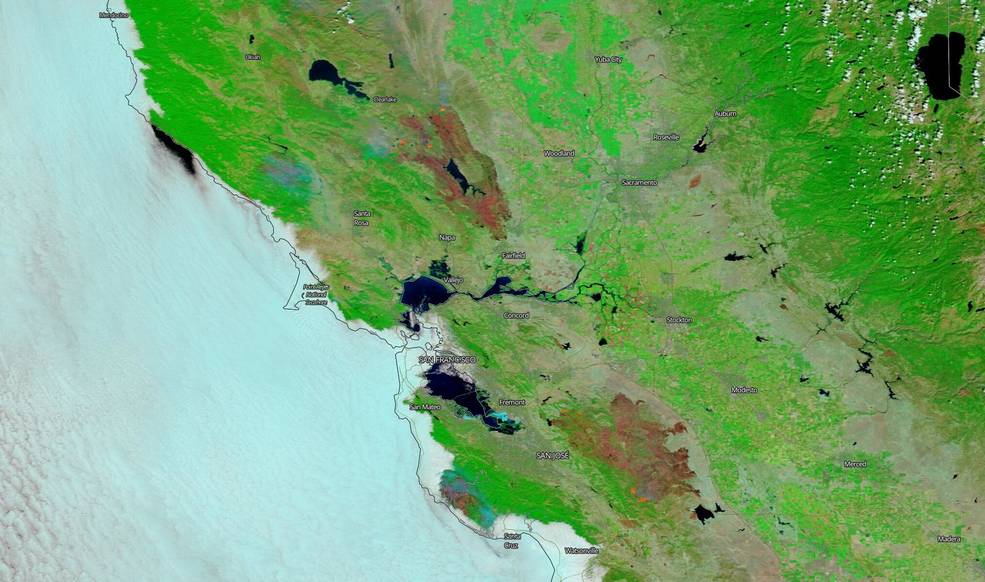 The LNU (Lake Napa Unit) Lightning Complex fire is near the Napa Valley in northern California and the SCU (Santa Clara Unit) Lightning Complex fire is near Santa Clara in northern California as well.  Both fires began during a particularly large number of lighting strikes from thunderstorms on Aug. 17-18. The measurement tool within the Worldview application can measure distances in miles and kilometers, and it can also measure square miles. This tool was used to show the square miles that have been burned to date in both the LNU and the SCU Lightning complex fires using the reflectance band colors to outline and measure the burn scars. 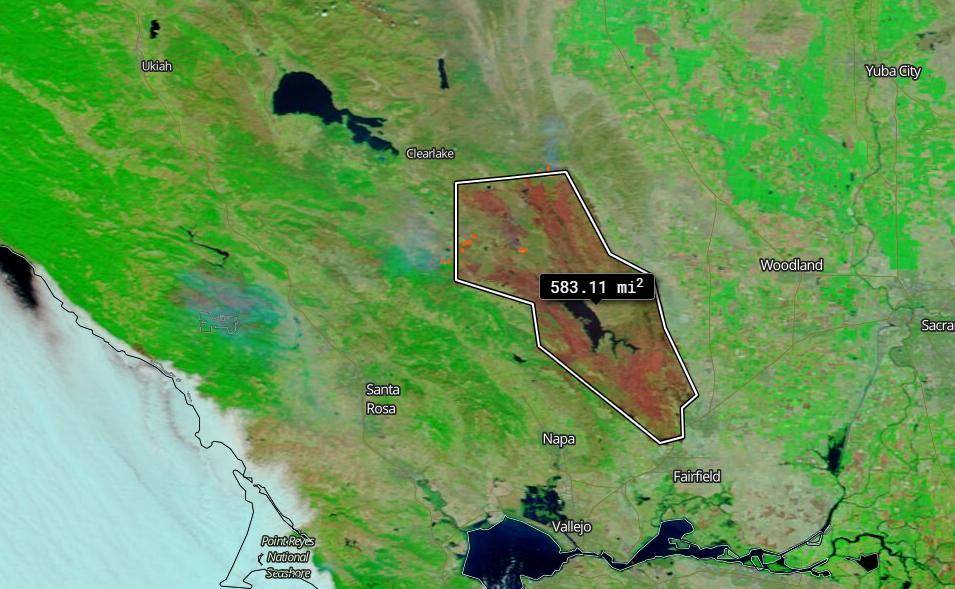 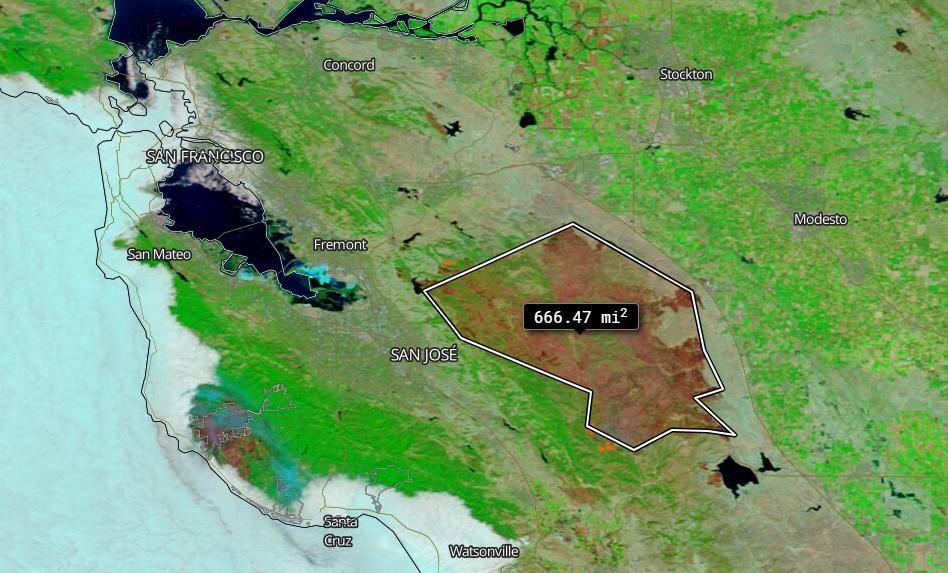 NASA’s satellite instruments are often the first to detect wildfires burning in remote regions, and the locations of new fires are sent directly to land managers worldwide within hours of the satellite overpass. Together, NASA instruments detect actively burning fires, track the transport of smoke from fires, provide information for fire management, and map the extent of changes to ecosystems, based on the extent and severity of burn scars.