NATO is a Brain Dead, Obsolete, Rabid Dog. Euthanize It

by Thomas L. Knapp
In early November, French president Emmanuel Macron complained that the North Atlantic Treaty Organization (NATO) is experiencing “brain death” as its member states go their own ways, with “no coordination whatsoever of strategic decision-making.” US president Donald Trump’s reply: “Nobody needs NATO more than France.” The two continued their duel over NATO’s future at an early December meeting of the alliance’s members in London.

Unfortunately, 2019 Trump isn’t nearly as smart as 2016 Trump, who noted that “NATO is obsolete.” In fact, became obsolete 25 years before Trump called the fact to our attention. The Soviet Union and the Warsaw Pact — the two enemies NATO was supposedly formed to protect Europe from — dissolved in 1991.

Wars of offensive choice, rather than defensive necessity, followed in the Balkans and Libya. NATO participated for more than a decade in the  US occupation of Afghanistan. Its current direction includes dangerous membership overtures to Ukraine and Georgia — countries bordering, and overtly hostile to, Russia.  NATO’s claim to be a “defensive” alliance of any kind has long ceased to pass the laugh test.

If the organization was merely brain dead or obsolete, that would still be good reason to dissolve it. But it’s actually far worse than that.

If there’s any real logic to NATO’s continued existence, that logic probably centers around its $1 trillion annual expenses. That’s a lot of money fed into the maws of various military industrial complexes by an entrenched multi-national bureaucracy who love their own paychecks, pensions, and prerogatives.

Maintaining those two welfare programs requires NATO to operate as an active and perpetual threat to world peace, a rabid dog wandering the globe in foaming-mouthed search of opportunities to “defend itself” against opponents who represent no threat whatsoever to it or to its member states.

Even if it attempted to maintain a truly defensive posture, NATO would still be too dangerous to keep around. Its 29 member states, stretching as far east as Turkey, each have their own grudges among each other and with external parties. Sooner or later, an otherwise insignificant spark is bound to set the whole book of matches alight.

When a person is brain dead, we mercifully turn off the ventilator. When an organization is obsolete, we shut it down and move on. And when a rabid dog threatens the neighborhood, we shoot it before it can bite us or our neighbors. 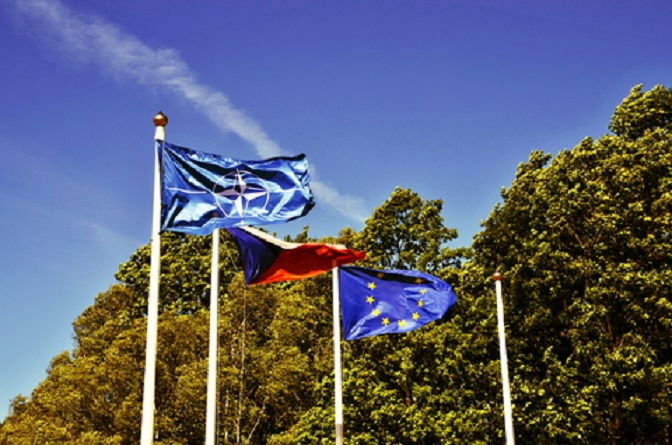