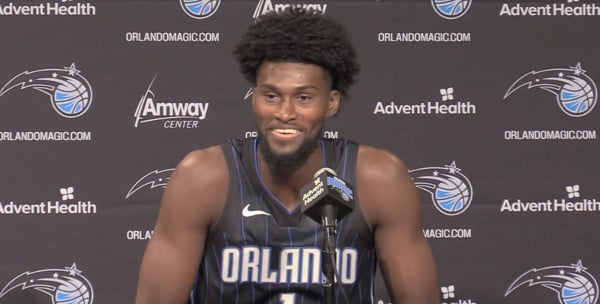 An NBA player’s explanation for not getting a COVID-19 vaccine drew praise on social-media, including from a Twitter user who thought he did a better job than public health officials.

Isaac, 23, has said he is not anti-vaccine but has made a considerable effort to educate himself on the issue. One of his primary reasons for not being vaccinated is that he has had COVID-19 and argues many scientific studies indicate natural immunity is stronger than immunity conferred by the vaccines.

“I simply believe that it should be everyone’s individual right to make a decision on their vaccination status themselves without being pressure, without being bullied, without being forced into doing so,” Isaac said. “I think any other way for it is unjust.”

He said he understands the argument about vaccines increasing immunity, but “given the fact that I’ve had COVID before, I have antibodies [and with] my age group, my current physical fitness level, [COVID] is not necessarily a fear of mine.”

“There are multiple ways to protect the people around you outside of the vaccine,” Isaac said. “I think it’s an option, a better option … if anything.”

“I don’t think getting the vaccine is the only way to take care of other people.”

Imagine if the @CDCDirector framed the conversation on vaccines this way.

The team’s president of basketball operations, Jeff Weltman, said not being vaccinated is Isaac’s prerogative, the Orlando Sentinel reported.

“We’re in a very good place regarding the vaccines as a team … and the league balances all this stuff,” Weltman told reporters.

“So Jonathan, if he is going to be an unvaccinated player, will have a more stringent set of protocols as prescribed by the league.
“That’s the way the system is set up and we all kind of adhere to those rules.”

The Sentinel explained that the NBA has not mandated vaccination for players. However, those who are not vaccinated will be tested frequently, with one test on practice and travel days, and at least one test on game days.

One of Isaac’s teammates, guard Cole Anthony, believes Isaac has a right to choose.

“At the end of the day we’re teammates, I’m supporting him through thick and thin.”