OXNARD—”We don’t fear God,” said New Life Pastor Steve Abraham taking his Sunday message from Romans 3:18. He exhorted the congregation in  “not giving up meeting together” (Hebrews 10:25) which can’t happen when sitting in the kitchen, living room or backyard despite the blessing of online church services. We hope to be at full capacity in the next couple weeks. If a liquor store, marijuana dispensary and an abortion clinic can be open, how about the church of God?

“We do not fear God. This is the reason we are in the predicament we are in today.  In Genesis 4 we see the first murder when Cain kills his brother Abel. In the Civil War, between 600,000-700,000 Americans killed one another. (Later) one man would kill six million people and incinerate people alive. Over 85 million people would die over five years during World War II.

“The unrepentant and unregenerate heart is naturally evil.  We are swift to pull down life. We watched the death of one of our African American brothers. But how about the (millions of) African American babies killed every year?

Pastor Steve Abraham:  “Why is there little fear of the presence of God?”

“Conscience tells us what is right and wrong.  We mustn’t blow off what is good and bad. Our conscience can become masked or seared (1 Timothy 4:2) because “the heart is deceitful above all things and beyond cure” (Jeremiah 17:9).

“God ordained one man and one woman married together for a lifetime. Family is the divinely created institution for the formation of restrained sinners who by generations of morality, discipline, love, virtue and obedience become a benefit to society.

“We want government and police officers to curb lawlessness and disobedience. Police authorities are God’s ministers. We need to submit to them to keep a clear conscience. We can isolate the bad officer but we don’t throw out all officers.  Would you want to live in Minneapolis without police officers? Who are you going to call in the middle of the night—a social worker? Really!”

“We have taken God out of the schools and Halls of Justice. We tolerate impurity and don’t confront sin. We have as many teens and kids in the church as not in church involved in premarital sex. You can’t tell the difference between us and the world.”  We need to be “the salt of the earth…the light of (Christ to) the world.” (Matthew 5:13-14) 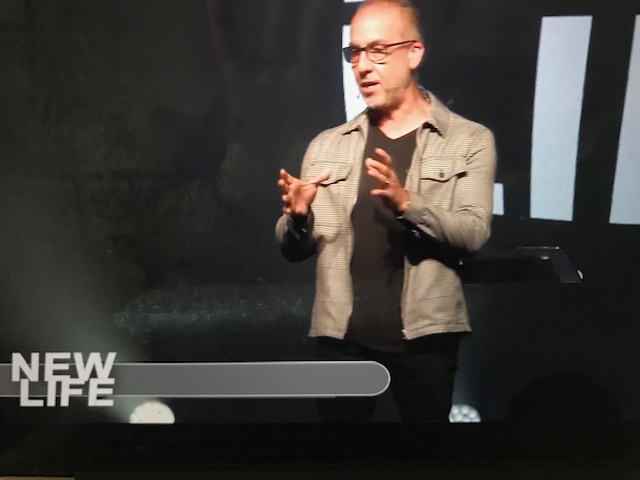