California is confronting truckers with a choice that may force them out of California or out of business. From Eric Peters at ericpetersautos.com: 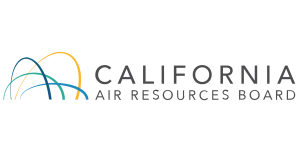 “When we passed the regulations in 2008, it was to reduce community exposure of toxic air contaminants, it is 100% to protect public health,” said Gerald Berumen, one of the California bureaucrats whose reach extends nationally.

The assertion made by Berumen is of a piece with most assertions made by his fellow government bureaucrats – such as those that asserted “masks work” and that Big Pharma’s drugs are “safe and effective.”

How much this is going to cost all of us is not easy to quantify but some idea can be conjured via extrapolating what it will cost truckers and trucking companies to throw away hundreds of thousands of dollars each of perfectly sound machinery and “invest” in new – compliant-for-now machinery that will also be forced off the roads and onto the scrap pile by the next bureaucratic decree, the one that will disallow the sale or use of any rig that isn’t electric from operating on California’s roads.

That’s coming as certainly as nightfall, too.

Meanwhile, heavy trucks that cost hundreds of thousands each have been decreed useless by decreeing them unlawful. Owners of these rigs – individual owners and trucking companies that own them – will be denied registration renewal and if that proves inadequate, an enforcement unit will be sent hither and yon to Hut! Hut! Hut! those who dare to defy the bureaucracy. The latter being peopled by wealthy bureaucrats such as Gerald Berumen – who can afford whatever costs his kind impose because they can force the people to pay them. In Berumen’s case, $132,922 or more than twice the average family income in the U.S.

In addition to what it costs them to comply with Berumen’s decrees.